Dance, fantasy, drama, and comedy- the premise of Bosco Martis’ directorial debut Rocket Gang is enough to hook our interest. Well, the wait to witness the magic crafted by the celebrated choreographer and Zee Studios is finally over as the film gets a release date. 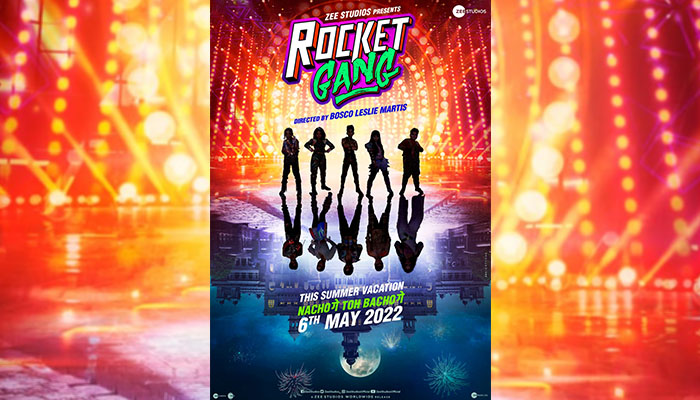 Rocket Gang will hit the screens nationwide on 6th May 2022. The announcement teaser features five kids, five actors, a villa, and intriguing music, making the plot look extremely exciting. The dance-fantasy comedy-drama is beaming with the young talent and features former participants and winners of Zee TV’s Dance India Dance.

The promise of an exhilarating show is hard to miss in the teaser. From what it looks like, the film will be a perfect summer vacation gift for children.

While sharing his excitement, Bosco Martis said, “Rocket Gang is my dream and passion project. There could not be a better birthday gift than having a release date for my work. It is a labour of love and hard work. I can only wish for the film to resonate with the audience and receive much love from them.”

In a similar vein, Shariq Patel, CBO, Zee Studios, said, ” Bosco and the entire team have done a terrific job in crafting the project. It’s a project designed for kids and families to come and enjoy the music, dance and a whole lot of silliness but still, leave with a lump in their throats. It’s a big visual summer holiday spectacle to be enjoyed in the cinemas.”

Directed by Bosco Martis and Produced by Zee Studios, Rocket Gang stars Aditya Seal, Nikita Dutta, and a new crop of talent from across the nation.