It’s been two days since many members of Bollywood filed a suit against well-known TV News channels Republic TV and Times Now and four of their journalists for using derogatory and defamatory words to describe the celebrities and the Bollywood industry over the course of the last few months. It seems like they have had enough of news channels trying to demean the industry. 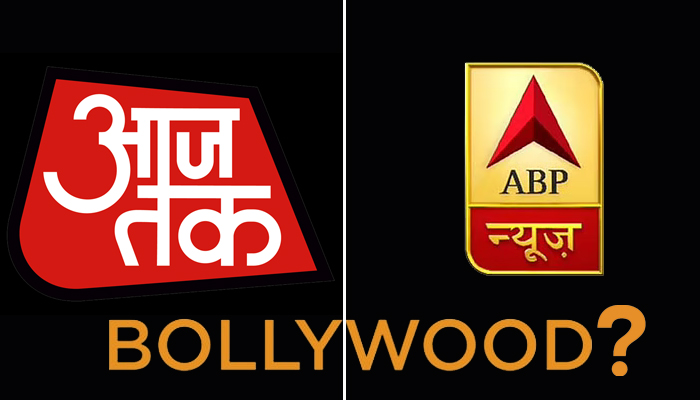 It’s been said that the film industry’s trade associations and production houses in their united suit are going after news channels and digital media platforms making derogatory and defamatory remarks against Bollywood seeking injunctive relief. They have reportedly come across other popular media houses carrying such objectionable content and are including their names as additional defendants as well.

Two of the many names that the aggrieved film industry is going against are Aaj Tak and ABP News. The two channels are right now going as “unnamed defendants”. DSK Legal, which is representing Bollywood, has confirmed that its client “is not just seeking orders against the channels and platforms named in the suit, but also against unnamed defendants referred to as John Doe/Ashok Kumar”.

There is strong speculation that John Doe/Ashok Kumar might well be Aaj Tak and ABP News. There is also a leading Bollywood digital media platform that is likely to be named by the petitioner for publishing libelous content against the industry. DSK Legal added, “This means that any orders passed in favour of the plaintiffs would apply to all television channels and content on digital platforms which may be found violating such orders.”

It has clarified that Bollywood is not seeking a blanket gag order against media reportage of investigation of cases as is being erroneously reported.

The Hindi film fraternity came together in an unprecedented show of solidarity and filed a suit in the Delhi High Court against the reportage on the case of actor Sushant Singh Rajput’s untimely demise. These reports by the mentioned TV and Digital News platforms used words like “dirt”, “filth”, “scum” and “druggies” in their reports often. At one point of time, a phrase which said, “All the perfumes of Arabia cannot take away the stench and the stink of this filth and scum of the underbelly of Bollywood,” was also used to describe the Hindi film industry and its artists.