Bhushan Kumar’s ‘Lut Gaye’ presented by T-Series, dominated the charts when it first came out but continues to achieve historic benchmarks to this day. The love song sung by Jubin Nautiyal and headlined by Emraan Hashmi becomes the fastest Hindi song to reach the 1 billion mark on YouTube. 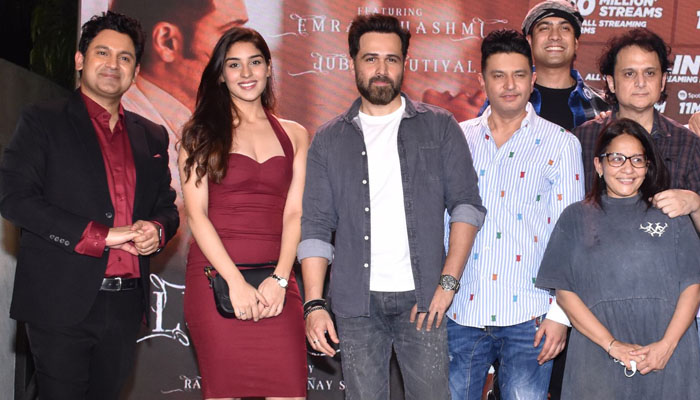 This comes as no surprise especially since T-Series has been behind some of the most iconic love songs and Emraan Hashmi is undoubtedly a lucky mascot in the romantic music genre. Apart from becoming the fastest song to garner 1 billion views, ‘Lut Gaye’ entered the Billboard Global Excl. US Charts, was the first Indian song to have 1 million reel videos on Instagram, the fastest song to receive 100 million+ streams across all streaming platforms and received a historic number of likes on YouTube.

Emraan Hashmi says, “When I first heard the song I knew it was fantastic but the kind of reception it received was unprecedented. This song has set the bar very high and 1 billion views in less than 8 months is no mean feat. It’s an incredible achievement and I want to congratulate the entire team that was involved in the making of this gem.”

Jubin Nautiyal says, “I would like to thank everyone who helped in making this song become the fastest Indian song to reach the 1 billion mark. I am really happy to have lent my voice to a track brought to life by Bhushan sir’s vision and featuring the undisputed romantic king – Emraan Hashmi.”

Adds T-Series head honcho Bhushan Kumar, “Lut Gaye keeps achieving one milestone after the next and we couldn’t be happier. We are short of words to thank fans and music enthusiasts for supporting the song the way they have.”

Speaking on the concept of the video, Radhika Rao and Vinay Sapru quote “From the first time that Bhushanji played the song ‘Lut Gaye’ to us we knew it had all the qualities of a blockbuster song as it immediately kicked off visuals in our mind and we wanted to tell this story of eternal love between a young bride and a cop on the run.”

Adds Manoj Muntashir, “As a lyricist, there is no greater feeling than when your words cut across genders and geographic boundaries. ‘Lut Gaye’ has traveled wide and far and it’s an amazing feeling.”