The year 2020 has been about watching movies on digital platforms. So far, several movies like Laxmii, Dil Bechara, Gulabo Sitabo, Gunjan Saxena: The Kargil Girl, Lootcase and others have released on OTT platforms. The next one that will release is Bhumi Pednekar titled Durgavati. However, the title is now changed to Durgamati: The Myth. 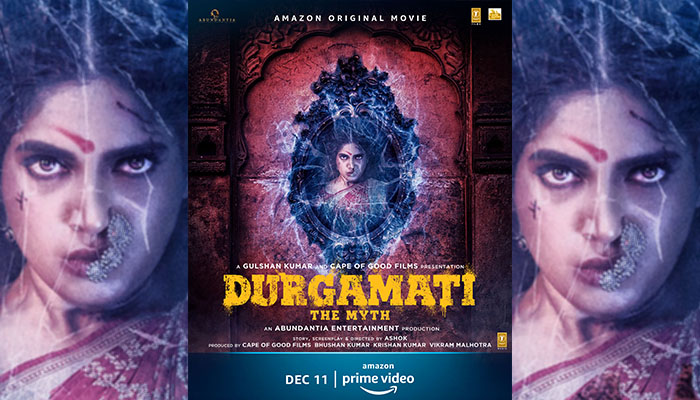 The makers made an official announcement regarding the same with a brand new poster. The poster is as freaky and scary as the first one. In the poster, we see a mirror and rage in Bhumi’s eyes. It seems like the Durgamati is going to be one hell of a movie for the audience.

Akshay Kumar took to his Twitter to write, “Are you ready? Meet #DurgamatiOnPrime on Dec 11, @PrimeVideoIN”. This will mark Akshay Kumar’s second big release as a producer. All set to spook her fans, Bhumi Pednekar will be seen in a never-seen-before avatar with Durgamati and it is slated to release on December 11.