A popular household name, actor Mahesh Shetty just dropped a story on his social media that could hint at an exciting collaboration. The Bhuj actor could be teaming up with Mukesh Chhabra for his next project. 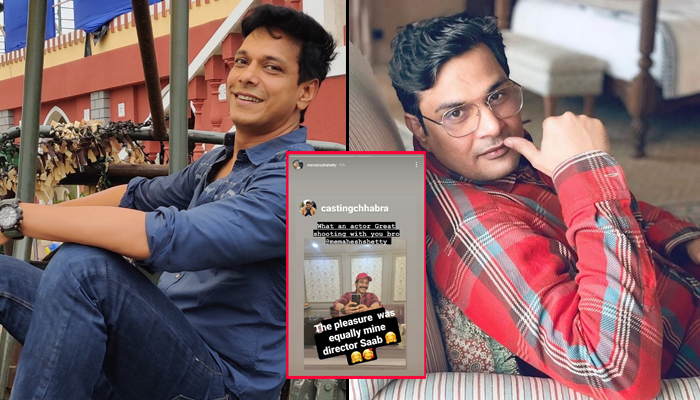 Shetty took to his Instagram & shared a selfie from his vanity which was posted by Mukesh Chhabra. The filmmaker’s post said, “What an actor! Great shooting with you bro.”

Mahesh replied, “The pleasure was equally mine director Saab.” With this banter, it’s quite evident that something interesting is cooking between the two and we might really see Mahesh in Chhabra’s upcoming project.

In the meantime, Mahesh’s most anticipated project Bhuj: The Pride of India is all set to release on the 13th August 2021 and he awaits the announcement of a few exciting projects.

Mahesh is known for portraying Siddhant Kapoor in Sony Entertainment Television show Bade Acche Lagte Hain (2011) which was created and produced by Ekta Kapoor. And, he is close friends with their Pavitra Rishta co stars Sushant Singh Rajput and Ankita Lokhande.