Kartik Aaryan starrer Bhool Bhulaiyaa 2 is doing a wonderful business at the box office. Directed by Anees Bazmee’s horror-comedy drama also stars Tabu and Kiara Advani in the lead and has registered itself as the first big blockbuster of 2022. The film which released on May 20 is now in its fifth week. 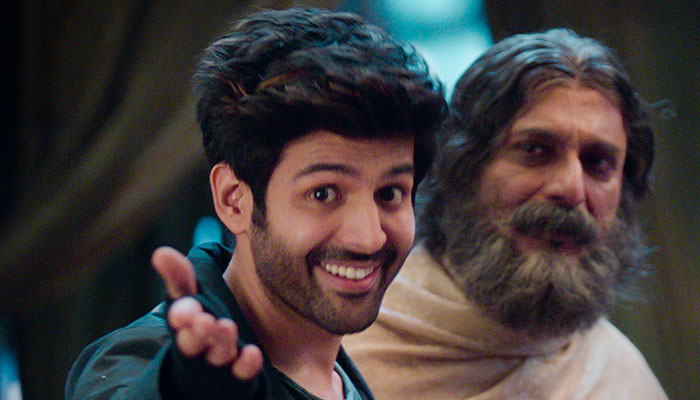 With a remarkable jump over the Saturday & Sunday, it bagged 2.02 crores and 2.51 crores respectively. After 31 days, the total collection of the film has become 181.82 crores at the domestic box office. T-Series and Cine1 Studios’ production is positively expected to go past 185 crores by this week.

Bhool Bhulaiyaa 2 is the spiritual sequel of Akshay Kumar’s 2007 film. In the second part, Kartik plays Ruhaan who cons people by ostensibly talking to ghosts. While Kiara plays his onscreen love interest who brings him into her haunted house in Rajasthan, Tabu plays the double role of Anjulika and Manjulika.

The actor will be next seen in the action comedy Shehzada, opposite Kriti Sanon, who paired with the actor in Luka Chuppi. It is the Hindi remake of the Telugu blockbuster Ala Vaikunthapurramuloo.