After the successful launch and reception of the trailer of Salman Khan and Aayush Sharma starrer ‘Antim : The Final Truth’, the makers of the film are now gearing up to launch the next big song from the film ‘Bhai Ka Birthday’. 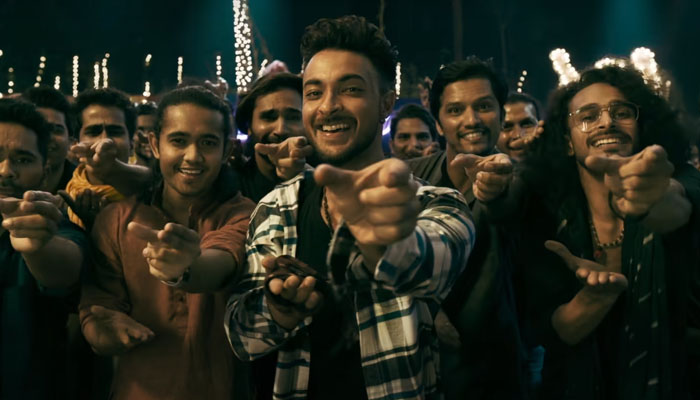 Building the anticipation further with the raging success of ‘Vighnaharta’, the makers promise that the upcoming song titled ‘Bhai Ka Birthday’ will blow their hearts away. The filmmakers also announced that the song will be unveiled in country’s one of the biggest single screens, Raj Mandir in Jaipur on November 1.

In one of it’s kind marketing campaigns, the film is trying to revive the single screens by doing more events there, which actually has not happened before. The campaign is helping them to get the required amount of buzz and is creating immense curiosity amongst fans and audience to see the song roll out on screen.

The announcement comes after the trailer, first song and motion posters from the film, have been enthralling the audience with right flavours of action-packed entertainment since the last few weeks. The resounding responses and the kind of rage among the netizens are for all right reasons. Giving us a hint on the next song release, the Antim Team leaves the viewers on the edge of their seats, waiting for the song with a bated breath.

Antim: The Final Truth is an upcoming action-thriller directed by Mahesh Manjrekar and produced by Salma Khan under the banner of Salman Khan Films. The movie features Salman Khan opposing Aayush Sharma and Mahima Makwana in the lead roles. Based on a 2018 Marathi Film Mulshi Pattern, the movie is all set to premier theatrically worldwide by Zee Studios on November 26.