Akshay Kumar fans are super excited to see the star on the silver screen, especially with the news that Bell Bottom is arriving the next month. While earlier reports suggested that it may have an Independence Day release, the actor has himself announced the release date. 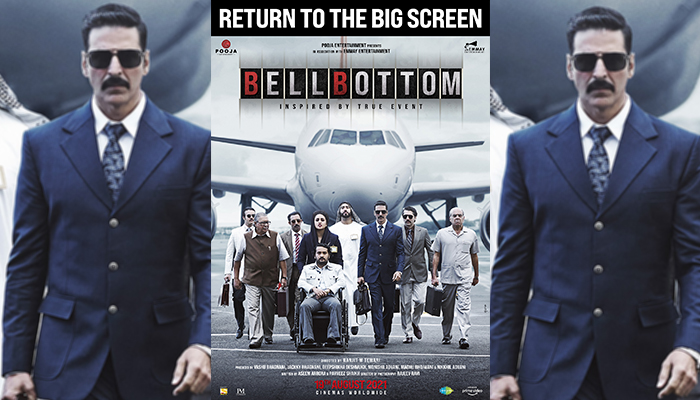 Announcing the film’s new arrival date on cinemas, Akshay Kumar declassified their new “mission” and wrote on Instagram: “Mission: To Entertain you on the BIG SCREEN. Date: August 19, 2021. Announcing the arrival of Bell Bottom.”

This year, Bell Bottom’s release have been rescheduled several times. Earlier, the film was supposed to open in cinemas on April 2, after which, the makers also announced July 27 as the release date.

Directed by Ranjit M Tewari, the film is inspired by true events. Akshay will be seen in a vintage action avatar as the film is set in the 1980s. Pooja Entertainment presents in association with Emmay Entertainment ‘Bellbottom’ Produced by Vashu Bhagnani, Jackky Bhagnani, Deepshikha Deshmukh, Monisha Advani, Madhu Bhojwani and Nikkhil Advani.

The spy thriller also stars Huma Qureshi and Lara Dutta. Lara will essay the role of former Prime Minister Indira Gandhi, who was in power at that time. Vaani will play Akshay’s wife in the film.