Despite an average start, Amitabh Bachchan and Taapsee Pannu starrer Badla successfully picked up over the weekend and remained strong on weekdays as well. Due to positive word of mouth, it has registered a solid opening week at the domestic box office. 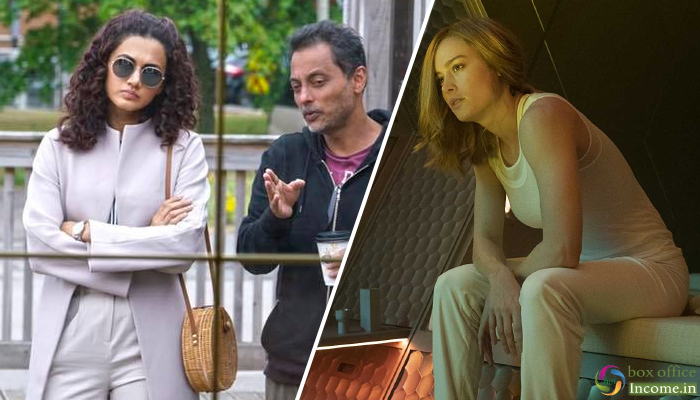 Presented by Red Chillies Entertainment, Badla was released with good buzz because of its convincing trailer. Not being released solo, it faced a dent on the first day but showed a healthy uptrend over the weekend and raked 23.20 crores with 5.04 crores on Friday, 8.55 crores on Saturday & 9.61 crores on Sunday.

Then on weekdays, Sujoy Ghosh’s directorial remained higher than its opening day. On Monday, it did the business of 3.75 crores, while on Tuesday, it witnessed a little growth and minted 3.85 crores. With a slight decline, Badla bagged 3.55 crores on Wednesday & 3.65 crores on Thursday and raised one week total to 38 nett crores.

One the other hand, The most-awaited film Captain Marvel had high initial buzz and as a result, opened on a superb note across India. In the opening weekend, it did the business of total 40.71 crores, that included 13.01 crores on Friday, 14.10 crores on Saturday & 13.60 crores on Sunday.

Then on weekdays, Anna Boden and Ryan Fleck’s directorial managed to remain steady and minted the amount of 4.87 crores on Monday, 4.13 crores on Tuesday & 3.55 crores on Wednesday. On the next day i.e. Thursday, it collected the amount of 3.15 crores and raised 1 week total collection to 56.41 crores nett from 1900 screens nationwide including all the versions.