After a slow start, Sujoy Ghosh’s directorial Badla picked up very well due to positive feedback and registered a decent opening weekend. Despite having another American superhero movie Captain Marvel in the parallel, it got succeed to divert enough audience toward itself. 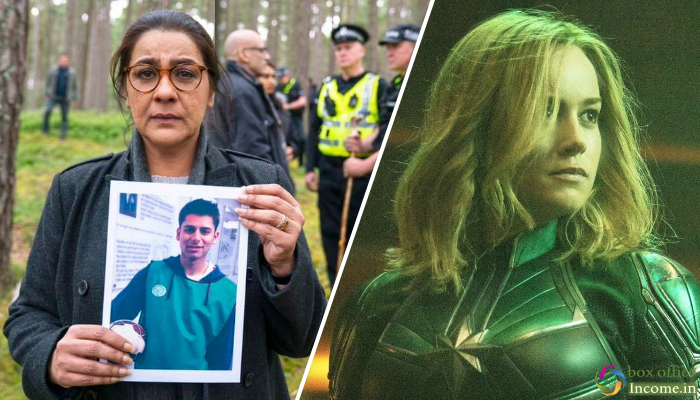 Starring Amitabh Bachchan and Taapsee Pannu in lead roles, mystery crime thriller Badla has received mostly positive reviews from the critics as well as the audience for its intriguing story-line. On Friday, it recorded an ordinary occupancy in theaters and did the business of 5.04 crores.

On the next day i.e. Saturday, the movie took a remarkable jump and bagged the amount of 8.55 crores. Then on Sunday, with a further growth, Red Chillies Entertainment’s presentation minted 9.61 crores and raised its first weekend total collection to 23.20 crores nett at the domestic box office.

On the other hand, highly buzzed Hollywood movie Captain Marvel has also got succeed to entertain Indian audience and remained good throughout the weekend. The makers, at Marvel, played a masterstroke in connecting Captain Marvel to the Avengers in Avengers: Infinity War.

On Friday, at a strong note, it did the business of 13.01 crores. On the next day i.e. Saturday, as expected it took a fair growth and bagged the amount of 14.10 crores. Then on Sunday, Captain Marvel remained almost steady and minted 13.60 crores. After 3 days of release, its total collection has become 40.71 crores nett from 1900 screens across India.