Balda starring Taapsee Pannu and Amitabh Bachchan may not have had a huge promotional stint but the film is making sure to impress masses and the box office collections are a witness. Even after two weeks from its release the film is continuing to mint moola hat the ticket windows. 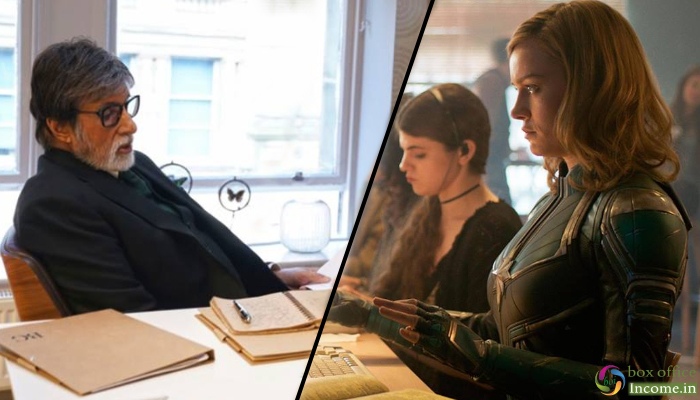 Directed by Sujoy Ghosh, Badla was released with good buzz among fans but unfortunately got a decent start at box office. Because of interesting content and delightful performances this Hindi mystery crime drama impressed most of the audience and gained positive word of mouth.

Now Badla is running in weekdays and asusual witnessing lower footfalls than before. With usual drop, the movie bagged the amount of 2.80 crore on 2nd Monday, 2.60 crore on 2nd Tuesday and 2.60 crore on 2nd Wednesday. With this, it’s 13 days total collection has become 64.97 crores at domestic box office.

On the other hand, Hollywood offering Captain Marvel got good response across India and did the business of total 56.41 crores nett in first week, that included 40.71 crores of weekend and 15.70 crores of weekdays. Then in second weekend, it minted 14.35 crores with 3.15 crore of Friday, 5.30 crores of Saturday and 5.90 crores of Sunday.

In weekdays, due to normal working days it also got dropped abruptly and getting lower footfalls in theaters. On 2nd Monday, Captain Marvel collected 2.35 crore, while 2.15 crore on 2nd Tuesday and 2.05 crore on 2nd Wednesday, With this, the movie has raised it’s 13 days India total to 77.31 crores.