Badhaai Do starring Bhumi Pednekar and Rajkummar Rao is certainly one of the most anticipated films releasing this year. The first part, Badhaai Ho that won the National award for Best Film featured Ayushmann Khurrana and Sanya Malhotra. 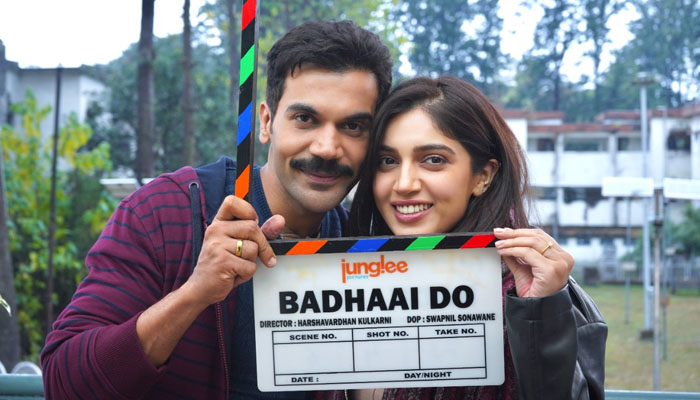 Badhaai Ho had become a household name and the film was an end-to-end entertainer for the masses. Much to the audiences demand, Junglee Pictures announced Badhaai Do last year which created a wave of excitement. No wonder, the expectations are sky-high from Badhaai Do, which brings together the fresh jodi of Rajkummar Rao and Bhumi Pednekar, seen in new avatars.

Both leads of the film, Bhumi and Rajkummar shared a picture of the clapboard on their social media, adding up to more excitement of their fans. While Rajkummar will be seen portraying the role of a Delhi cop in a mahila thana, Bhumi plays the role of a school PT teacher.

As the film goes on floors today, the makers have planned an extensive shoot schedule in Uttarakhand. The cast and crew is all set to make another promising family entertainer in the same franchise.

Junglee Pictures has had an excellent track record of producing box office hits including Talvar, Bareilly Ki Barfi, Raazi and Badhaai Ho. Badhaai Do is produced by Junglee Pictures, helmed by Harshavardhan Kulkarni and written by Akshat Ghildial and Suman Adhikary.