Bollywood actor John Abraham is all set to entertain the audience with his much-awaited film ‘Attack’ on the occasion of Republic Day 2022. The ‘Mumbai Saga’ star took to social media to announce the release date of ‘Attack’. The action thriller will hit the silver screens on January 26. 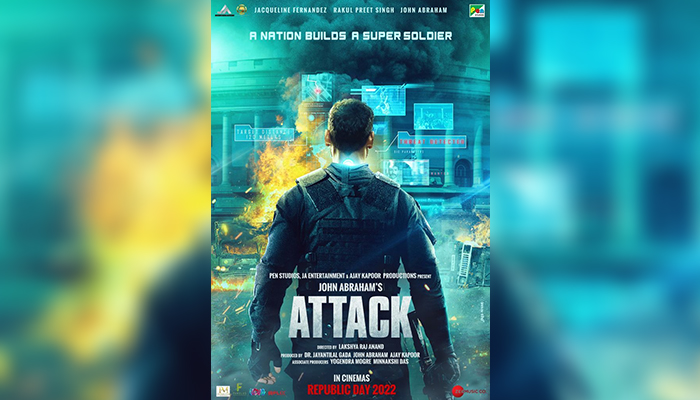 John Abraham shared a new poster of the film on his official Twitter handle. He wrote, “A hostage crisis that brought the country to its knees! This time the race is against time, get ready for #Attack. Releasing worldwide on Republic Day 2022!”

A trade expert said, “John Abraham is a mass hero and Attack also seems to be a commercial entertainer. Hence, it has bright chances. John’s earlier release this year, Mumbai Saga, might not have worked, but his upcoming films seem promising. Satyameva Jayate 2 releases on November 26, 2021, and it has a lot of buzz. This would be followed by Attack, Ek Villain Returns and finally, the much awaited film, Pathan with Shah Rukh Khan and Deepika Padukone. He’s surely on a roll.”

On the professional front, the ‘Batla House’ star was last seen in a special guest appearance in ‘Sardar Ka Grandson’. He will be next seen in ‘Satyameva Jayate 2’, which will arrive in the cinema halls on November 26, 2021. The first installment of the franchise emerged as a hit at the box office.

The actor is also co-producing the film along with Jayantilal Gada of Pen Studios and Ajay Kapoor. The film is about a hostage crisis. It is written and directed by debutant Lakshya Raj Anand. The film also stars Jacqueline Fernandez, Rakul Preet Singh, Ratna Pathak Shah and Prakash Raj.