Renowned filmmaker Ashutosh Gowariker took to social media to celebrate one year of his historic drama Panipat. Expressing his gratitude to everyone that made the film possible, Ashutosh Gowariker also thanked the media and audience for their support. 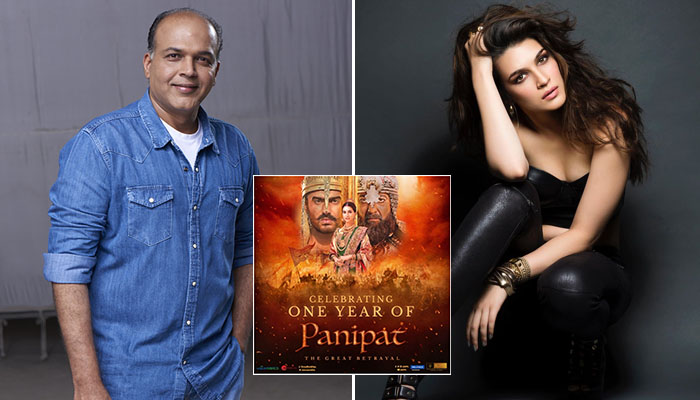 Kriti Sanon who essayed the role of Parvati Bai in the film penned an emotional note to express her heartfelt gratitude to Ashutosh Gowariker for giving her the character which marked many firsts for her.

Known to turn the pages of history and recreate magic on screen by giving life to iconic characters, Ashutosh Gowariker has emerged as one of the most respectable filmmakers of the industry. After helming brilliant pieces of cinema like Lagaan and Jodha Akbar, last year Ashutosh Gowariker presented the glorious tale of the Maratha Warrior in Panipat.

Reminiscing the same, Ashutosh Gowariker posted on social media saying, “On this Celebration Day of #OneYearOfPanipat I’d like to once again thank the CAST & CREW for all their hard work, passion & talent poured in the making of the film! A big shout of gratitude to the MEDIA for their appreciation and support! And a warm thank you to the AUDIENCES!”

Kriti Sanon thanked her director Ashutosh Gowariker saying, “And just when i was reliving all the beautiful memories of Panipat through my phone on its 1year anniversary, Ashutosh Sir messaged me: “Happy Birthday Parvati Bai” ❤️🌹 I cannot thank you enough sir for giving me a character i will cherish all my life! Too many firsts for me..

My first period film, First historic character, First Marathi character, First time attempted Sword fighting and that too in a Navari sari! And for the first time played a narrator as well.. Its all because of your belief. To make a woman narrate a war film, only you could think of it! It just empowered Parvati Bai’s character even more.. ❤️❤️ Love you sir! @ashutoshgowariker and Miss you Raaya @arjunkapoor 🤗 #1YearOfPanipat #1YearOfParvatiBai”.