Bollywood back in the 90s and early 2000s had some of the best musical tracks that we have ever heard. The performance of a good actor is a prerequisite of any hit song just like in the case of Kuch Kuch Hota Hai. Karan Johar’s directorial debut is undoubtedly one of the best films of the 90s and many kids of this generation consider it as their favourite film. The film is also appreciated for the soulful songs that won many hearts back then and continue to do so, even after 22 years. The songs are still quite popular and we keep revisiting them time and again. 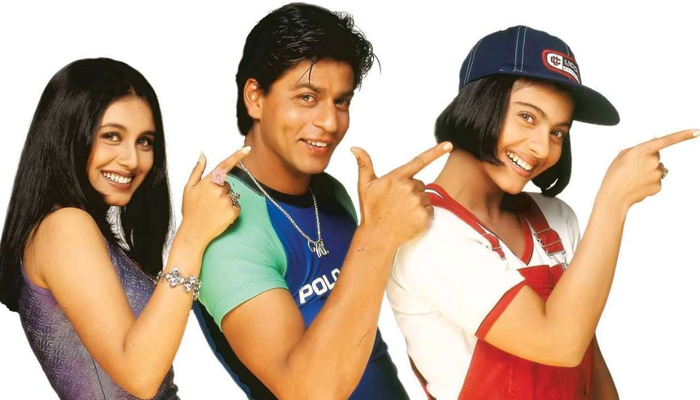 Kajol who played a fun-loving tomboy made the audience fall in love with her graceful performance in these amazing songs. As ‘Kuch Kuch Hota Hai’ turns 22 today, let’s take a look at the songs which are still close to our hearts.

1. Tujhe Yaad Na Meri Aayee – Sung by Alka Yagnik, Manpreet Akhtar, and Udit Narayan, Tujhe Yaad Na Meri Aayee still rules the playlist of many. The song emerges in the movie after Rahul expresses his love for Tina, thereby breaking Anjali’s heart. The way Kajol has poured her heart out in these scenes with her expressions and emotions is just impeccable. And of course, it is also accompanied by one of the most iconic dialogues from the film when Anjali says, “Mera pehla pyaar adhura reh gaya, Rifatbi!”.

2. Ladki Badi Anjaani Hai – Contrary to the previous track, Ladki Badi Anjaani Hai is a fun, hippie track starring Kajol and Shah Rukh Khan. The song is about the reacquaintance of old friends in a new setting. The vibrant and colourful number also shows the makeover of Kajol and it is difficult to get our eyes off the chemistry between her and King Khan. The way Kajol has managed to portray both the mature and the immature side of the same character is truly significant.

3. Koi Mil Gaya – Koi Mil Gaya from KKHH is the all-time favorite song for many fans out there. The peppy dance number is a hit amongst the youth and is still played in college fests, events and convocation ceremonies. Not just Kajol but even Shah Rukh and Rani nailed it with their performances in the song.

4. Saajanji Ghar Aaye – While every college fest is incomplete without Koi Mil Gaya, not a single Indian wedding can go without Saajanji Ghar Aae. The song comes in where Anjali tries to move on from the past and gets engaged with Aman (Salman Khan). Kajol has shown us a wide array of expressions in the entire song as she has mixed feelings about her engagement because she’s struggling to get over her past. A track that would probably be in the playlist of every engagement, Mehendi, Sangeet, or marriage ceremony.

5. Kuch Kuch Hota Hai – The title song of Kuch Kuch Hota Hai is iconic and irreplaceable. The song appears in two variations- one that runs fast and one that’s slow-paced. In both the versions, Kajol left no stone unturned to showcase her skills. In the climax scene when Aman reunites Rahul and Anjali, the song in the background made many of us cry a river.

Kajol’s portrayal of Anjali in Kuch Kuch Hota Hai was a treat for all of us. This Dharma Production’s blockbuster is still watched with the same enthusiasm and the songs from the film can never be deleted from both our playlist and our heart.