Arushi Nishank is more than an acclaimed kathak dancer, actor and entrepreneur. The stunning girl is a powerful social activist and environmental conservationist who is passionate and driven about causes like preservation of the river Ganga via her founded NGO, Sparsh Ganga, making the Ganga pollution free via the Namami Ganga campaign, planting more trees to save the earth, and more. 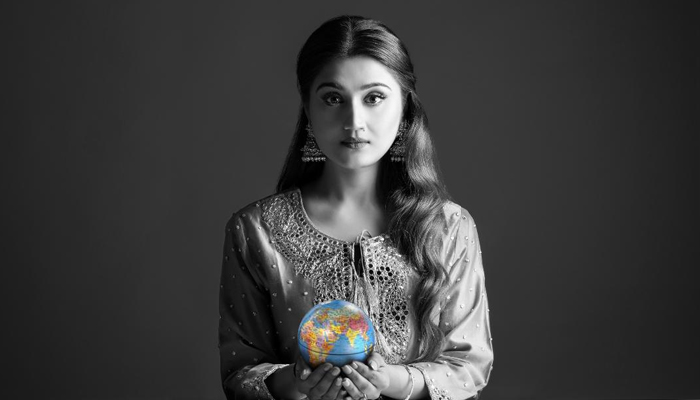 Given that Arushi has power backed several projects in the Save the Earth arena, it comes as no surprise that she was approached to be the Guest of Honour Online for the United Nations Environment Program (UNEP) Faith for Earth Councillors Recognition Ceremony on the eve of World Environment Day. Following a series of initiatives and conventions organized in partnership with faith-based organizations, UN Environment launched the Faith for Earth Initiative in November 2017.

The goal of Faith for Earth is to strategically engage with faith-based organizations. Faith for Earth has three main goals: to inspire and empower faith organizations and their leaders to advocate for protecting the environment, to green faith-based organizations’ investments and assets to support the implementation of SDGs, and to provide them with knowledge and networks to enable their leaders to effectively communicate with decision-makers and the public.

Arushi Nishank, who was last seen in the T-series music video, Wafa Na Raas Aayee, was chosen as the Guest of Honour and she spoke eloquently on the causes backed by her such as her NGO Sparsh Ganga, a non-profitable initiative started in 2008, In Uttarakhand with a motive of preservation of river Ganga & environment safety and Namami Gange, a campaign promoted by her that is taken by the Government of India aiming at making the sacred perennial considered as the cradle to civilizations pollution free. Speaking on the same and more, Arushi affirmed that, “In this covid-19 situation, we understood two major things, first, the importance of humanity and secondly oxygen. This time will pass but we have to think about the aspects connected with this. We have lost our near and dear ones because of lack of oxygen. We all know the biggest source of oxygen is trees so let’s take a pledge to plant more and more trees and save oxygen.”

The Faith for Earth Councillors Recognition Ceremony helmed by the prestigious United Nations Environment Program (UNEP) and United Nations Development Program (UNDP) is a part of the 6 month long program that started in January 2021 under the guidance and support of UNEP Faith for Earth Nairobi , UNEP India and United Religions Initiative in three countries i.e. India, Lebanon and Bosnia-Herzegovina. Under this program, the associations have worked extensively to build an active network of Faith Based Organisations that could address the present environmental urgencies we are threatened with.

In the year 2018, Sparsh Ganga team planted two lakh trees throughout India. Not only India, Sparsh Ganga is working in more than five other countries for water conservation & environment safety. In April 2020 an initiative was  undertaken with the Sparsh Ganga team wherein 2 lakh Khadi masks were distributed to the brothers in the army in New Delhi, Roorkee, and Haridwar with the aim of “Raksha sutra se pahle, Raksha Kavach” to protect our brothers from Covid-19. Till date around 1000 women are employed by Sparsh Ganga under a circular economy. With the collaboration of colleges from Delhi University, they involved and trained women and students to make the sanitary pads, which were later sent to the weaker section women of the society.