One of the most versatile actors that the Bollywood fraternity is blessed with completes 21 long years in the industry as his debut film Pyaar Ishq Aur Mohabbat released on 3rd August 2001. The actor has delivered several hits like Aankhen, Dil Hai Tumhaara, Housefull, Rajneeti and many more. 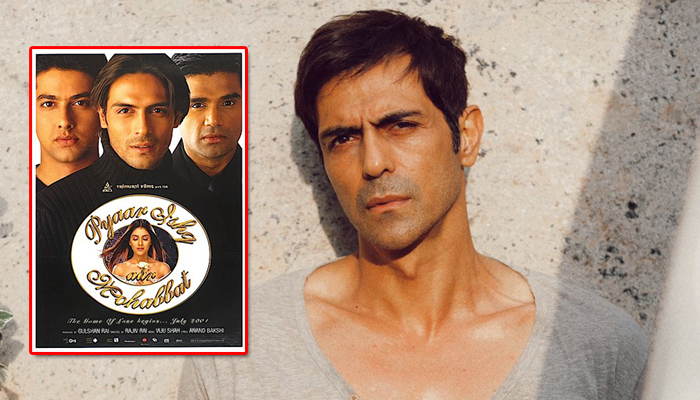 Arjun also won the National Award for his much appreciated film Rock On. Apart from delivering hits, the actor has also been one of the most loved villains of Bollywood. Right from Om Shanti Om to Ra.One to his most recently released film Dhaka, Arjun has never missed an opportunity to impress his fans.

Talking about his debut film Arjun Said, “I am immensely grateful to my dear friend and brother Rajiv Rai for his faith and belief in me then and even now. I don’t know what would have happened if he hadn’t given me this break. Maybe I would have broken. Pyaar Ishq aur bhaut sara Mohabbat to the entire team Shabbir Boxwala, Sunil Shetty, Aftab S, Kirti, Vinod everyone.’

Rampal’s journey is surely unmissable. The actor goes to the end to meet the desired look for his character. He broke the internet with his recent images in platinum blonde hair and earlier with his bald and tattooed look in Ra One as well.

Arjun Rampal will soon be in Abbas Mastan’s ‘Penthouse’, the period war drama ‘ Battle of Bhima Koregaon’ and Applause Entertainment’s ‘The Rapist’ which has won the Kim Jiseok award at 26th Busan International Film Festival. The film has also been nominated for The Indian Film Festival Of Melbourne. Apart from this amazing line up of work the actor will also be seen in an upcoming South movie, details of which are under the wraps currently.