With an eye to upscale its regional content repertoire, Applause Entertainment, a venture of the Aditya Birla Group, today announced its expansion in the southern market and sets up a dedicated office in Chennai. Buoyed by the opportunities that regional OTT space presents, Applause will further develop its South content acquisition and creation strategy. Pramod Cheruvalath (director/producer) of Sign of Life Productions has joined Applause as the South – Content Head to spearhead this ambitious plan along with Vighnesh Menon, Producer at Applause Entertainment. 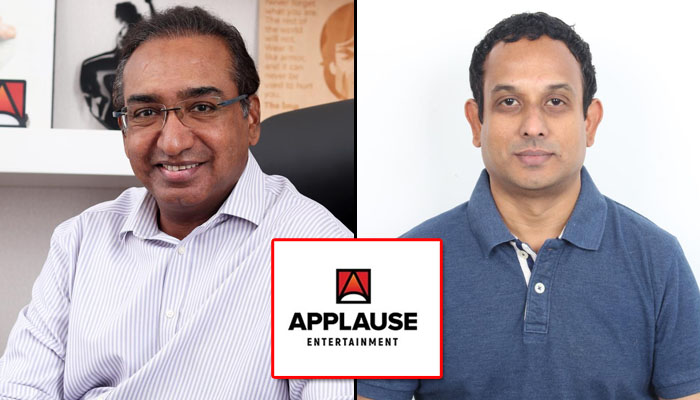 Pramod had earlier produced Iru Dhuruvam (Tamil) along with Applause Entertainment for SonyLIV and will now be responsible to build Applause’s content slate in all 4 Southern Markets to create a diversified slate of premium series and movies across languages. Previously, the content studio has also produced series like Humble Politician Nograj (Kannada), Vadham, and Kuruthi Kalam (Tamil), apart from producing the second season of Iru Dhuruvam.

Commenting on this expansion Sameer Nair, CEO, Applause Entertainment says, “The global streamer has created a flat Earth and indeed, a global village. Content from every geography and in every language has the opportunity to reach audiences everywhere. After our successes in the Hindi/Hinglish category, we are really keen to work with the amazing talent in Tamil, Telugu, Malayalam and Kannada to tell rooted authentic stories for a domestic and international stage. On-boarding Pramod to oversee the expansion is our first step in that direction. His extensive network, market knowledge and creative expertise will help build our unique hub & spoke business model in the key Southern markets”.

Pramod Cheruvalath shares, “Ever since its inception, Applause Entertainment has backed and produced clutter-breaking content across genres. Regional content has unexplored potential and the ability to establish a strong connect with a local, national and international audience. Happy to take on this new role to work with Sameer and the team at Applause Entertainment to upscale the Applause Slate with genre breaking authentic and relatable South stories for a worldwide audience.”