The craze of Allu Arjun’s Pushpa is spreading over all the generations. From young to senior actors, everyone is praising the film. Recently talented actor Anupam Kher praised the film and raises his desire to work with Allu Arjun in the future. 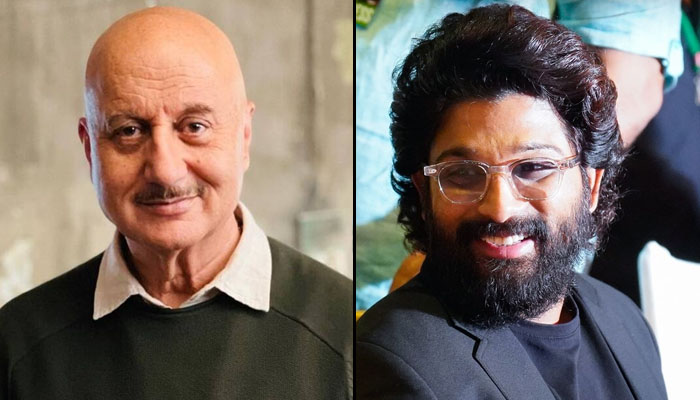 Anupam Kher has been in the industry for a long time, and he is one of the finest talents our industry have. The actor took up his social media after watching Pushpa and wrote -“Watched #Pushpa!! BLOCKBUSTER of a film in real sense. Larger than life, high on adrenal and full paisa Vasool. And dear @alluarjun you are a #Rockstar!! Loved every nuance & attitude of yours. Hope to work with you soon. A big CONGRATULATIONS to the whole team! Jai Ho!”

The film has created a new definition of Blockbuster in such a short period. Even after releasing on OTT, the fans are going crazy to watch the movie in theaters to get into the vibes.

The film has broken all the records at the box office, it is about to join the 100 Cr. club in its Hindi version and whereas worldwide it has already crossed over 300 Cr. So, it would be exciting to see what heights the movie is yet to achieve in the coming months.