Ranbir Kapoor’s first look from Sandeep Reddy Vanga helmed ‘Animal’ has been unveiled and the actor looks fierce! Armed with a bloodied axe, Ranbir looks deadly in the first poster. ‘Animal’ promises to present Ranbir Kapoor in a never before seen avatar and the first poster promises just that. 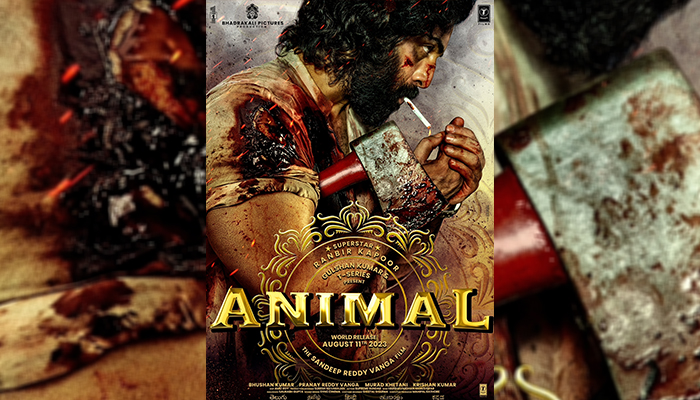 Sandeep Reddy Vanga helmed ‘Animal’ is said to be a crime drama and features Rashmika Mandanna as the leading lady opposite Ranbir. Interestingly, Parineeti Chopra had signed up to romance Ranbir, but quit the movie later to be a part of Sooraj Barjatya’s ‘Uunchai’.

While unveiling the poster, the makers of ‘Animal’ had told Variety, “We’re extremely glad to present the first look poster of this magnum opus crime drama starring Ranbir Kapoor. After the much-built anticipation for the film post its announcement, we’re happy to unveil the first glimpse to the audiences. Ranbir’s look in the poster very well justifies the gist of the film and we’re confident that the audience will witness a film that they deserve.”

‘Animal’ is slated to hit the screens on August 11, 2023. The film will be released in Hindi, Telugu, Tamil, Malayalam and Kannada language.