The pretty belle – Amyra Dastur, definitely is a gal of many talents and this latest bit on her is a proof of that. The versatile actress, who has managed to make an impact with her brief appearance in the teaser of her upcoming film Prassthanam, is known to put her all for every movie she does and this political drama is no different. 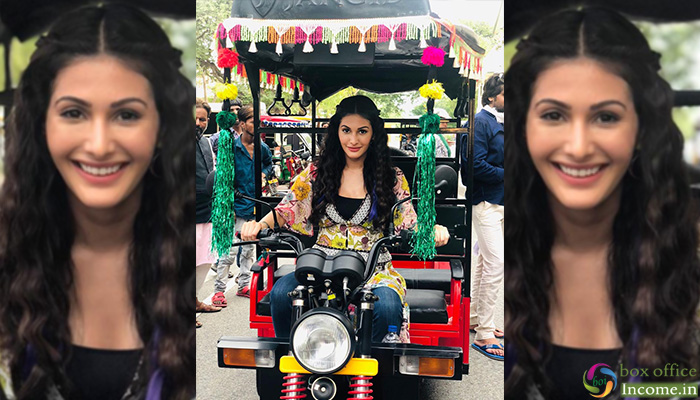 Hear this – Amyra, who is playing a university student and writing a paper about politics in Sanjay Dutt’s Prassthanam, was asked to drive a tuk tuk for a romantic number between her and Ali Fazal. For the uninitiated, tuk tuk is sort of a rickshaw and a popular mode of transport in Uttar Pradesh.

And while for someone who has no experience of driving this vehicle, it could be quite a daunting task, on the contrary, our talented lady was pretty cool about the idea of driving a tuk tuk. The young actress was really excited to drive the tuk tuk and even learnt it on the sets from a local driver, and in hardly anytime, Amyra was driving the tuk tuk like a pro.

Speaking about the experience, the gal said, “It was really a thrilling experience and I was excited to learn to drive a tuk tuk. It is pretty similar to riding a scooty, which I had learnt for my film Koi Jaane Na. My tuk tuk driving scene is a part of a romantic song sequence.

It is a beautiful song, which is shot in Taj Mahal, Fatehpur Sikri, La Martiniere College and showcases the essence of UP’s beauty.” Well, we certainly can’t wait to watch Amyra display her stellar acting chops onscreen along with her tuk tuk driving skills.