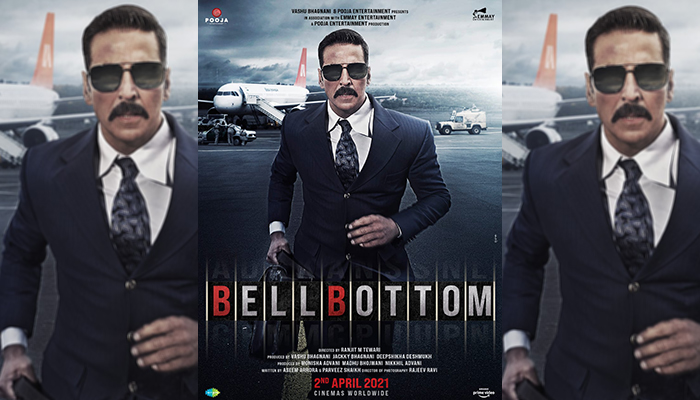 Looking dapper in suit and shades, Akshay Kumar promises an exciting adventure with ‘Bell Bottom’. He had captioned the poster, “Alone we can do so little, together we can do so much. Its teamwork and I am grateful to each and every member of the cast and crew.” Akshay had also hinted at the film’s wrap with ‘#BellBottomCompleted’.

The team of ‘Bell Bottom’ recently completed the Scotland schedule of the film. Director Ranjit M Tewari had perfectly summed the shoot, “An experience of a lifetime. Making the impossible POSSIBLE! Thank you to each and every crew member whose unmatched dedication made this happen.”

Huma Qureshi had also shared the poster on Instagram and expressed, “Shooting a film felt impossible in this environment. But this team ensured that we do it well and with flair! You guys rock!!!” While Lara Dutta had posted, “Safety, Style & whole lot of Swag put together! This one’s super special for everything it has managed to achieve.”

“It’s teamwork and I am grateful to each and every member of the cast and crew from the spot dadas to the light dadas to the technicians to the make-up dadas to my lovely heroines Vaani, Lara, Huma, my director Ranjit and to Vashuji and the production team who believed in our audacious plan. The new normal has made us realise a different way of working that none of us could have imagined. I hope this encourages film industries globally to do what they do best and start entertaining audiences again. I hope our shoot during the pandemic reassures others that keeping all safety in mind it’s time to get things moving again.” said Akshay Kumar on film completion.