With Diwali marking the return of Lord Ram to Ayodhya from his 14-year-long Vanvaas, this festival is celebrated across the globe with a lot of love and light. Akshay Kumar, who seems to be on a streak of releasing films one after the other has announced his next project, Ram Setu. Wishing his fans, a happy Diwali, Akshay Kumar shared the poster of Ram Setu on his social media. 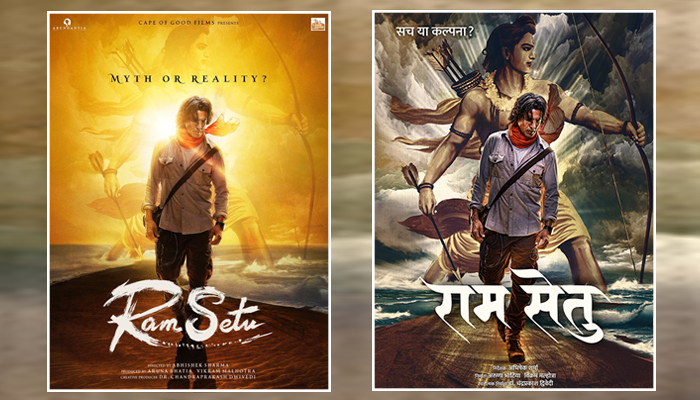 Sporting a clean shaven look, dressed in a casual shirt and cargo pants with a scarf around his neck, Akshay Kumar will be seen sporting slightly longer hair in Ram Setu. Sharing the poster, he wrote, “This Deepawali, let us endeavor to keep alive the ideals of Ram in the consciousness of all Bharatiyas by building a bridge(setu) that will connect generations to come. Taking this mammoth task ahead, here is our humble attempt – #RamSetu! Wishing you & yours a very Happy Deepawali!”

Meanwhile, Akshay Kumar‘s Laxmii recently released on Disney + Hotstar and broke all the previous viewership records of films. The superstar has also completed shooting for his upcoming film Bell Bottom. He is currently busy with Prithviraj and will also be working on Atrangi Re & Bachchan Pandey.

Ram Setu is directed by Abhishek Sharma and will be under Akshay’s production house, Cape Of Good Films and is produced by Aruna Bhatia and Vikram Malhotra.