It’s almost a year when Rohit Shetty announced his film Sooryavanshi starring Akshay Kumar and Katrina Kaif. The trailer of the film was released in March 2020 and it was slated to release on March 27. 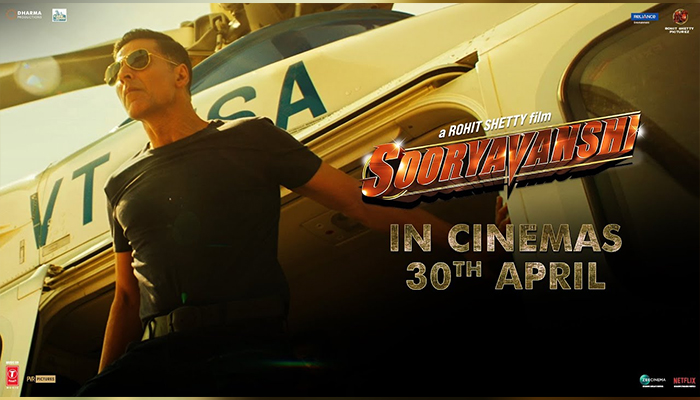 But owing to the coronavirus pandemic, the film’s release was postponed. However, many film releases were delayed. But today on Rohit Shetty’s birthday, Akshay Kumar has announced the release date of the film. The film is all set for worldwide release on April 30, 2021.

Taking to his Twitter handle, Akshay Kumar wrote, “We promised you all a cinematic experience and that’s what you will get…the wait is finally over! Aa Rahi Hai Police. #Sooryavanshi releasing worldwide in cinemas on 30th April 2021.”

The tweet also has a video that says, “One year ago on 2nd March 2020, Sooryavanshi trailer was launched and our beloved audience showered it with love. But little did we know what was coming. The world came to a sudden halt. We had to issue a statement postponing the release of our film. But we promised our audience that Sooryavanshi will be back in theatres when the time is right. We know it’s been a year but a promise is a promise. And guess what wait is finally over.”

The video also shows the promotion of the film and empty roads during the lockdown. There is a small clip of the trailer too. Sooryavanshi stars Akshay Kumar & Katrina Kaif in lead. The film also has cameos from Simmba (Ranveer Singh) & Singham (Ajay Devgn).