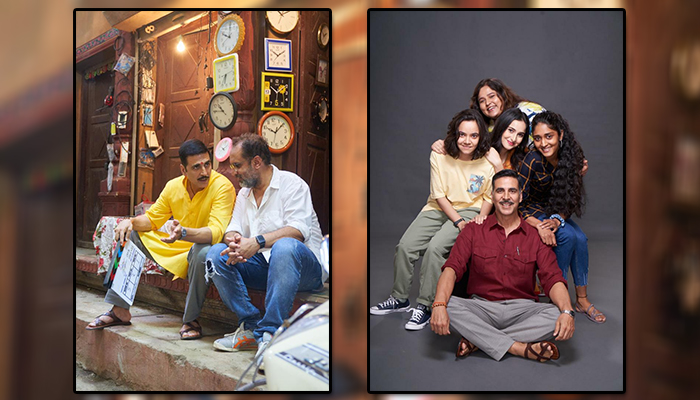 Announced last year on the occasion of the Raksha Bandhan festival, the movie revolves around the brother-sister bond. Akshay Kumar had said, “Raksha Bandhan is a special film for all of us, rarely are such pure and simple films made. Can’t wait to begin filming for this one!” The makers were aiming for a November 2021 release. However, owing to the pandemic, the film got delayed.

Akshay Kumar took to his Twitter handle to share a picture from the sets of Raksha Bandhan where he is seen discussing something with the director while holding a clapboard in his hand. “Growing up my sister, Alka was my first friend. It was the most effortless friendship. @aanandlrai’s #RakshaBandhan is a dedication to her and a celebration of that special bond ♥️ Day one of shoot today, need your love and best wishes ,” he captioned the post.

Bhumi and Akshay will be reuniting after they played a married couple in the hit film Toilet-Ek Prem Katha. Meanwhile, this is Akshay’s second project with Aanand L Rai. He wrapped up the filmmaker’s next Atrangi Re earlier this year. The film also stars Sara Ali Khan and Dhanush.