The much-anticipated film Thank God starring Ajay Devgn, Sidharth Malhotra and Rakul Preet Singh is all set to bring you joy next year. Produced by Bhushan Kumar, Indra Kumar and Ashok Thakeria the slice of life comedy will release on 29th July 2022. 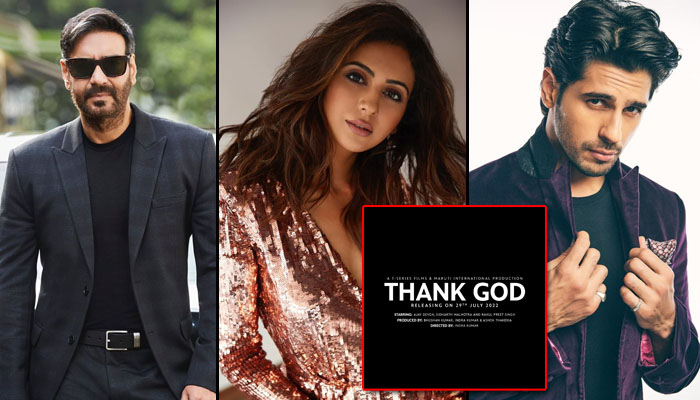 Announcing the release date with his fans, Ajay took to Instagram and wrote, “Happy to announce that #ThankGod, a slice of life hilarious film with a message will release on 29th July 2022.”

Indra Kumar’s refreshing and relatable story in Thank God will not only tickle your funny bones but also convey a beautiful message.