Ajay Devgn is one of the busiest actors working in Hindi cinema currently. The actor currently features in the recently released Disney Plus Hotstar film Bhuj: The Pride of India. He has many films lined up including Indra Kumar’s ‘Thank God’ and his latest directorial thriller ‘Mayday’. 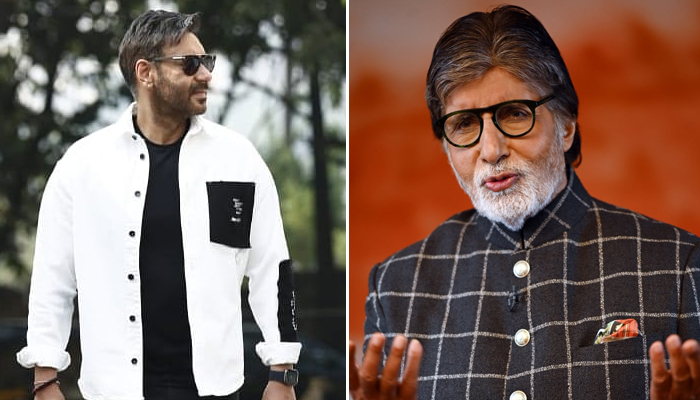 Mayday stars Ajay himself along with Amitabh Bachchan and Rakul Preet Singh in leading parts. Ajay in a recent chat with PTI spoke about directing Amitabh Bachchan in the film and getting him on board for the project.

Ajay Devgn on working with Amitabh Bachchan said, “He is a delight to work with. I’ve never seen a more dedicated actor, we are nothing in front of him. Once he is on set, he will keep rehearsing, keep thinking about the scene. It’s phenomenal.”

“I’ve known him since I was a kid. So whatever I had to take away from him, I must’ve taken it back then. It’s imbibed. With him, it’s a different rapport,” the 52-year-old actor said.

Speaking about getting Mr. Bachchan on board for the project, Ajay said, “From childhood, I could tell him whatever I wanted to. It took him two minutes to come on board. One narration and that’s it.” Ajay is playing crucial roles in two of the upcoming magnum opus. He is portraying a key character in SS Rajamouli’s RRR and also a significant part in Gangubai Kathiawadi led by Alia Bhatt.