Actress Yogita Bihani is all set for her big Bollywood debut in Vikram Vedha. Currently the actress is on her toes for promoting the film alongside Hrithik Roshan and Saif Ali Khan. Yogita Bihani along with the star cast of Vikram Vedha will be soon seen on the latest season of The Kapil Sharma Show. However, this won’t be the first time, the actress will be visiting the sets of the show. 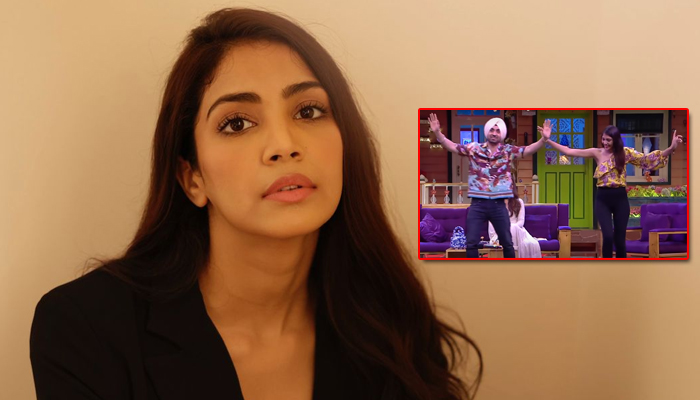 Yogita Bihani, back in her initial days in Mumbai went to The Kapil Sharma Show as an audience. Dated back to June 2017, Yogita was a part of the audience in an episode where Diljit Dosanjh and Sonam Bajwa were guests. Being the same, bold and beautiful, Yogita Bihani did a romantic dance with the singer and actor Diljit Dosanjh.

In the throwback video, where the two are seen dancing; Yogita Bihani is seen giving cues to a shy Diljit, reflecting the confident personality that she has. Looking back at the clip speaks volumes of how far the debutant has come with her perseverance towards her work. Five years later, in 2022, actress Yogita Bihani will now be a guest on the show as a debut actress to promote her upcoming film Vikram Vedha releasing on the 30th of September.

Carving her own path in the industry, Yogita Bihani has been creating the right chatter, right from her debut to her fashion sense. Moreover, the actress has been receiving positive reviews for her refreshing energy on and off the screen. Recently her co-star Saif Ali Khan had applauded Yogita during the special trailer premiere by stating that watching the actress in the movie is like a “breath of fresh air”.

The countdown to the movie has already begun, and with the promising reviews on the trailer, audiences can’t keep calm for the movie to hit the theatres.