While films offer new experiences for actors it also makes them revisit older ones. Abhimanyu Dassani rides bike for a long portion in his upcoming film Nikamma, however, not many know that the actor overcame a serious bike accident in college days. Overcoming the trauma and fear of riding a bike, Abhimanyu Dassani took on a motorcycle after years for his character in Nikamma. 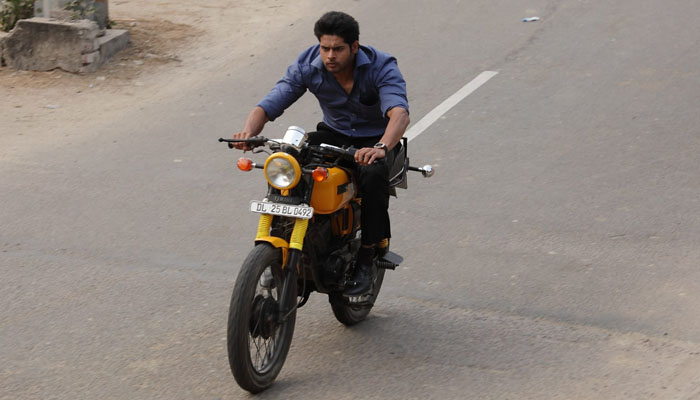 Talking about the same, Abhimanyu Dassani said, “During my college days, I was very fond of bikes and loved going on rides. One such ride however, turned into a horrific accident which shook me up and I couldn’t ride a motorcycle after that for years. When Nikamma came to me and I was told my character needs to ride a bike, my entire accident flashed right in front of my eyes and honestly, I was skeptical about the bike riding in the film. However, bike was an essential part of Adi’s personality and I’m glad I forced myself to overcome my fear, I had forgotten the pleasure of riding a bike.”

After creating global waves with his debut action entertainer film Mard Ko Dard Nahi and impressing the audience with his simple and lovable personality in Meenakshi Sundareshwar, Abhimanyu ventures into the masala entertainer zone with Nikamma and is already winning hearts with the trailer and title track.

Co-starring Shirley Sethia and Shilpa Shetty, Nikamma is directed by Sabbir Khan and is slated to release on the 17th June, 2022.