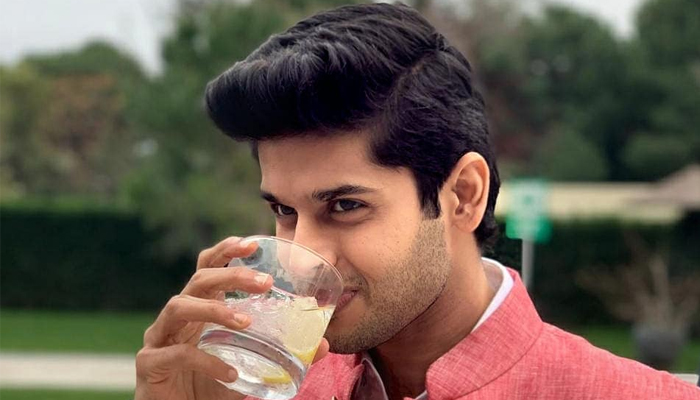 ‘Mard Ko Dard Nahi Hota’ traced the story of ‘Surya’ played by Abhimanyu Dassani who suffers from a rare condition called Congenital insensitivity to pain, making him prone to dehydration. Making a reference to his dialogue in the film, Abhimanyu shared a throwback picture of himself decked up in a traditional attire as he sips on a lemonade.

One of the most talented and promising actors of contemporary times, the Internationally acclaimed debutant is the only Indian recipient of ‘Best New Actor’ at The International Film Festival, Macau. The young actor chose an off beat film for his debut challenging the typical norms with ‘Mard Ko Dard Nahi Hota’.

Offering the perfect amalgamation of action, comedy, romance and drama teamed with his sheer dedication and brilliant performance, Abhimanyu Dassani carved a place for himself as the ‘Ideal Massy Hero’ from his first film itself, earning critical appreciation from not just India but also the world.

Piquing the expectations of the audience with his debut films, Abhimanyu Dassani has emerged amongst the most promising actors of Bollywood, generating anticipation for his upcoming films. Ready to showcase a plethora of skills through his diverse projects, Abhimanyu Dassani would be next seen in Meenakshi Sundareshwar, Nikamma and Aankh Micholi, venturing into varied genres giving a testimony of his versatility.