Giving a glimpse of his intense preparations for upcoming projects, Abhimanyu Dassani shares his mantra to shape one’s destiny in his latest post. One of the most talented actors amongst the younger lot, the internationally acclaimed debutant Abhimanyu Dassani has carved a place for himself as the promising star owing to his perseverance and dedication. Celebrated world wide for his acting skills in his debut film ‘Mard Ko Dard Nahi Hota’ Abhimanyu continues to strive hard for his upcoming projects. 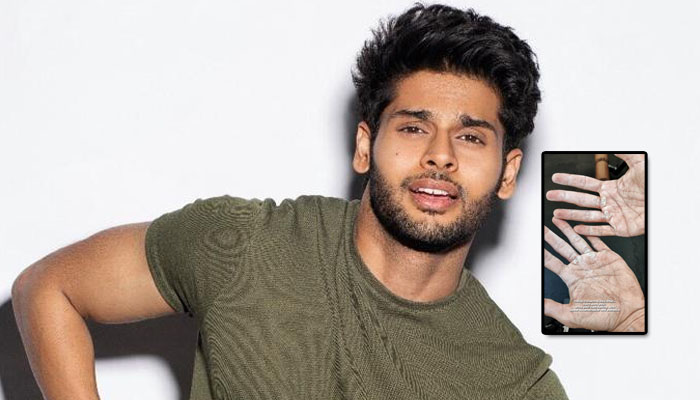 Sharing a picture of his visibly worn out palms post a vigorous training session, Abhimanyu Dassani provided his fans and followers with a mid-week motivation saying, “Today, Tomorrow, Day-after… Hard work pays Write your own destiny with sweat, determination and patience”.

Appreciated for his fitness and swift martial arts moves, Abhimanyu has established himself as the potential ‘Ideal Massy Hero’ offering a perfect blend of acting chops and action alongwith his dancing skills.

Entering the showbiz with utmost preparation, Abhimanyu Dassani showcased his acting prowess by taking up the unique and challenging character for his debut film ‘Mard Ko Dard Nahi Hota’. Undergoing intense training to ace his martial arts skills, Abhimanyu Dassani shone as the perfect Action Hero with his maiden venture, that garnered him praises from critics and audience all across the globe.

Stirring the excitement of the audience to witness the powerhouse of talent on screen again, Abhimanyu Dassani has generated anticipation for his upcoming projects including Meenakshi Sundareshwar, Nikamma and Aankh Micholi, amongst others.