While the wait for Aayush Sharma’s upcoming film ‘Antim: The Final Truth’ has prolonged due to the pandemic, the momentum of excitement continues to prevail owing to the incredibly impressive first look of the actor that blew everyone’s minds. Creating an uproar with his remarkable transformation as the dreaded gangster, Aayush Sharma generated anticipation to witness his unseen avatar in the film. 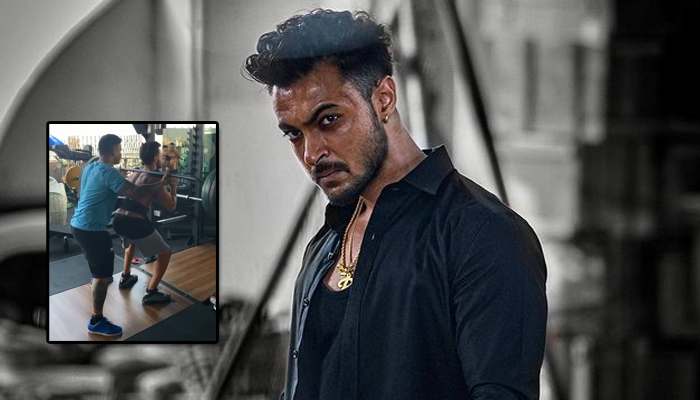 Adding to the interest, Aayush offered glimpses into the intense preparations he underwent to attain the perfect physique for his character. Taking to his Instagram story, Aayush Sharma shared his workout video that shows him flexing his back muscles as well as wrists not just in the gym but also on the sets of the film as he geared up for his shoots.

The young and dynamic Aayush Sharma exhibits impressive levels of professionalism with exceptional devotion to his work. As he spent majority of his time shooting the film with very little time to rest, the actor had been living in a trailer throughout his Mumbai schedule for the upcoming film ‘Antim- The Final Truth’.

With the first look teaser of the film that released in December last year, Aayush Sharma dropped jaws with his remarkable transformation from a lean guy-next-door to the beefed up deadly gangster. Working hard for months to attain the desired physique that the character demanded, Aayush gained 15 kgs for the role, astonishing everyone with his built.

Revolving around a gangster, Antim has multiple action-packed sequences which the actor performed himself without any stunt double. The audience has been eagerly awaiting the release of ‘Antim: The Final Truth’ to unravel the unseen facades of Aayush Sharma’s versatile skills as an actor.