Aanand L Rai wrapped up the Delhi schedule of his upcoming film Atrangi Re starring Akshay Kumar, Dhanush, and Sara Ali Khan in December. And now, the filmmaker is gearing up for his next production venture. The project titled Good Luck Jerry will star Janhvi Kapoor in the lead. 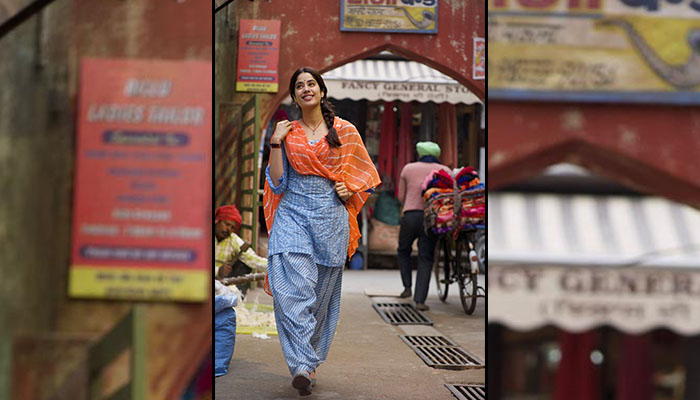 She is joined by stellar performers like Deepak Dobriyal, Meeta Vashishth, Neeraj Sood, and Sushant Singh in pivotal roles. The interesting first look already had the audience hooked for more.

The production house is kickstarting the new year with this new film which is all set to go on floors today in Punjab. The first schedule of the film is expected to continue till March. It marks her first collaboration with Colour Yellow Productions.

The actor was last seen in Gunjan Saxena: The Kargil Girl, where she played an Indian Air Force Pilot. She received a lot of critical acclaim for her performance. Having already proved her mettle across genres, we are sure that this is going to be an interesting addition to her filmography.

Presented by Subaskaran and Aanand L Rai, Good Luck Jerry is a Colour Yellow Production with LYCA Productions in association with Sundial Entertainment, directed by Sidharth Sengupta and written by Pankaj Matta.