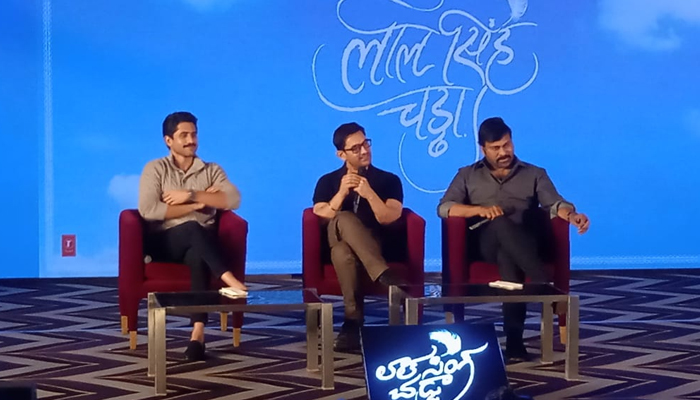 In a press conference conducted in Hyderabad, Aamir Khan, Chiranjeevi & Naga Chaitanya interacted with the media about the upcoming release.

During the event, Megastar Chiranjeevi, who is the presenter of Laal Singh Chaddha revealed that he had once accidentally met Aamir in Japan in 2018 where the actor talked about his plans to make the remake of Forrest Gump. The event was an unprecedented success as three of the biggest superstars came together to promote one of the biggest film ventures of 2022 – Laal Singh Chaddha.

Meanwhile, the anticipation of Laal Singh Chaddha’s release is increasing with each passing day. Recently, the makers dropped the first music video of Kahani which received love from all quarters.