Kabir Singh is one of the most successful films of the year 2019 and changed Shahid Kapoor and Kiara Advani’s career graph entirely. But when the film released, there was this whole section of society which didn’t like the film because of the kind of love story shown in the film. 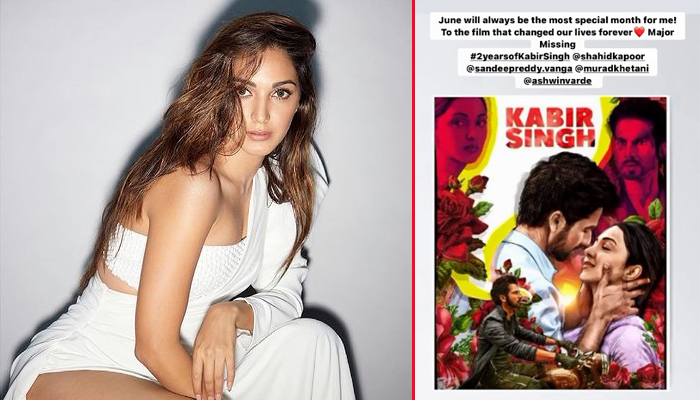 On Monday, June 21, Commemorating its two-year anniversary, Kiara took to her Instagram story and wrote, “June will always be the most special month for me! To the film that changed our lives forever. Major Missing! #2YearsofKabirSingh.”

“Kabir Singh”, which has Shahid playing a role that goes through a self-destructive phase, was slammed by many for glorifying “toxic masculinity” and not being as good as its original “Arjun Reddy’, a Telugu film that had released in 2017. Still, it has raked in over Rs 260 crore at the box office.

Now, Kiara will be seen on the biographical action drama ‘Shershaah’, alongside Sidharath Malhotra, which revolves around the life of the Kargil hero Vikram Batra. The film is scheduled to release on July 2, 2021.