Zee Studios resumes shooting of their production, The Wife, an urban horror film, at their studio in Jaipur, adhering to all Govt-mandated safety guidelines with additional safety measures. Starring Gurmeet Choudhary and Sayani Datta, the film, written and directed by Sarmad Khan, went on floor on March 1 but paused shoot adhering to Govt guidelines, following which the national lock down was announced. 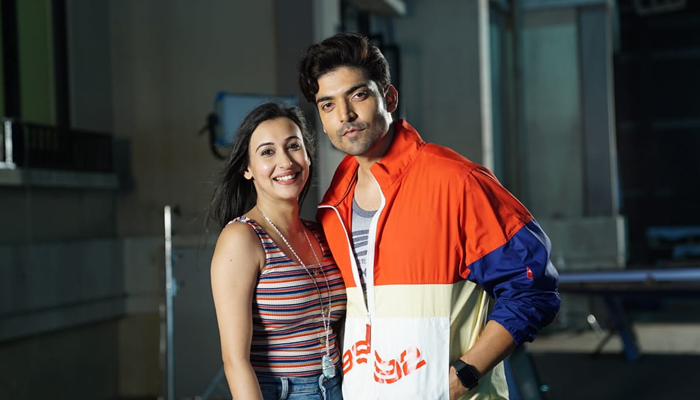 Each crew and cast member who has now flown to Jaipur to resume shooting, was tested in their home cities and again in Jaipur upon arrival, and maintained a mandatory quarantine period before access was granted to be on the shooting floor with other crew members. The entire shooting floor of the Zee Studios facility in Jaipur has been divided among different teams to maintain social distancing.

Each team member has been assigned a colour-coded card where each colour indicates the amount of access to the shooting floor to avoid any sort of crowding on set. Make-up and costume departments are wearing the full PPE set while the rest of the crew have mandatory face masks, face shields and gloves. Additionally, for any requirements to be sourced from the city, a crew has been hired that’ll only have access till the front gate of the facility. They’ll be sourcing the required materials and hand it over to the security at the front gate for complete sanitisation.

Talking about resuming shoot after the lock down, actor Gurmeet Chowdhary said, “I am extremely excited to get back to work, after this unfortunate hiatus. With only about 40% of the shoot schedule left, I’m pumped and full of energy to go back to sets in this new normal. I am thankful to Zee Studios for taking all the necessary precautions to make sure everything goes smoothly during the shoot. Our set is in Zee’s Jaipur studio, which is located right beside our hotel, so the commute is short with no contact with outside world. Hats off to the team on putting in that extra effort & making the shoot environment fun, safe & most importantly possible! Super excited for my shoot of ‘The Wife’ and you guys are going to get to see it soon.”

Actor Sayani Datta adds, “Initially I was a little apprehensive about starting shoot during these times of the pandemic but all of that was put to rest the moment I stepped into the studio premises on the set, looking at the immense safety arrangements taken by Zee Studios for ensuring our safety.

Commenting on this, Shariq Patel, CEO, Zee Studios said, “We have taken all precautions to create a bio-bubble for the entire cast and limited crew. We’re excited to resume shooting of our production at our facilities in Jaipur not just adhering to the Govt-mandated guidelines but with additional safety precautions.”