Actress Yami Gautam was last seen in the recently released film Bhoot Police. In the film which also stars Saif Ali Khan, Arjun Kapoor, and Jacqueline Fernandez, Yami turns into a ghost when she gets possessed. On Tuesday, Yami recalled the difficulties she has to go through while shooting for the film. 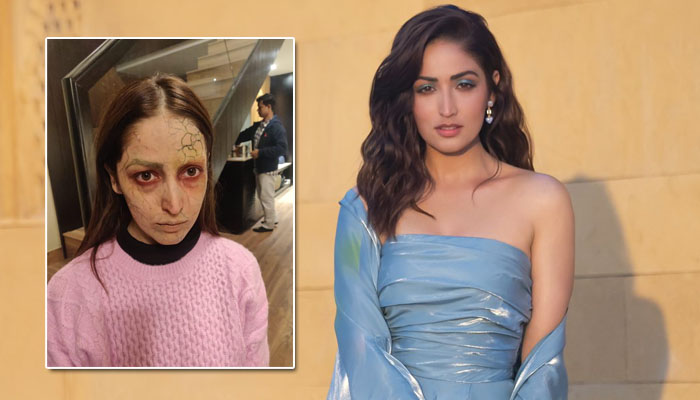 Yami took to Instagram to give glimpses of her possessed look in the film. She also shared behind the scene clips where she can be seen walking on all fours while she was suspended from the ceiling with cables.

“My love for horror films was one of the main reasons that got me excited to play the part in #BhootPolice, where I get ‘possessed’. It wasn’t easy as it took 3 hours for me to get into this look and 45 mins to get out of it, each day, shooting bare feet & with cable work, throughout the chilly nights in Himachal…” she wrote along with the video.

“Despite my neck injury, I wanted to do everything myself, and my Yoga practice helped me to achieve it to a great extent. Although, I wish I could take some professional training but the pandemic restrictions made it impossible at that time. I did whatever best I could on the set! These are a part of the challenges that come along with the profession I love so much! And I will do it again and again!” she continued.

“Thank you for giving me so much love, again & making the pain seem absolutely worth it! Thank you @shoma_goswami and your crew for bringing this look to life, master ji @javedkarimactiondirector for all his guidance & precautions. It wouldn’t have been the same without your support,” she concluded.

Directed by Pavan Kirpalani, Yami played the role of Maya in the film. The film has been produced by Ramesh Taurani and Akshai Puri and is currently streaming on Disney+Hotstar.