The biggest action entertainer of the year, War is set to hit the screens tomorrow i.e 02 October 2019 in Hindi, Tamil and Telugu. The film is seeing a mid-week release on the occasion of Gandhi Jayanti, which is a national holiday. 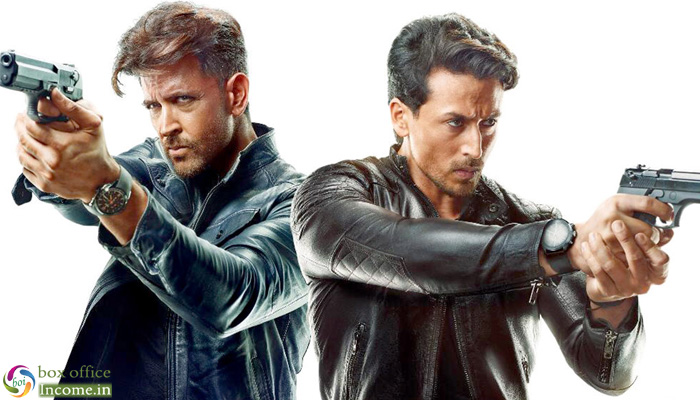 The high-budget action thriller, is produced by Aditya Chopra under his banner Yash Raj Films, and stars Hrithik Roshan, Tiger Shroff and Vaani Kapoor, has exceptional hype surrounding its release. From its official trailer to its songs, everything related to the film has garnered great response.

Nonetheless, there are huge expectations from the Sidharth Anand directed film and hence one hopes that it turns out to be a former scenario. That’s because if the film is really loved then Wednesday and Thursday would turn out to be huge bonus numbers before the conventional weekend takes over.

Pre-booking for War was started earlier than usual on Wednesday and witnessed an excellent response at the ticket windows across India, especially in multiplexes. As per reports, the film has registered higher advance booking and all set to take the best opening of the year so far.

Looking at the previous records, Hrithik Roshan’s last film Super 30 took an opening of 11.83 crores, while Tiger Shroff’s Student Of The Year 2 did the business of 12.06 crores. Both the actors have a huge fan following and their latest collaboration falls under the same genre that suits them the most.

Considering the records and current scenario, War is expected to take a huge opening of more than 40-45 crores because of Gandhi Jayanti holiday nationwide. Also, War competition with the Hindi version of Sye Raa Narasimha Reddy and Hollywood flick Joker. The weekend will result in higher box office numbers if everything goes in favor.