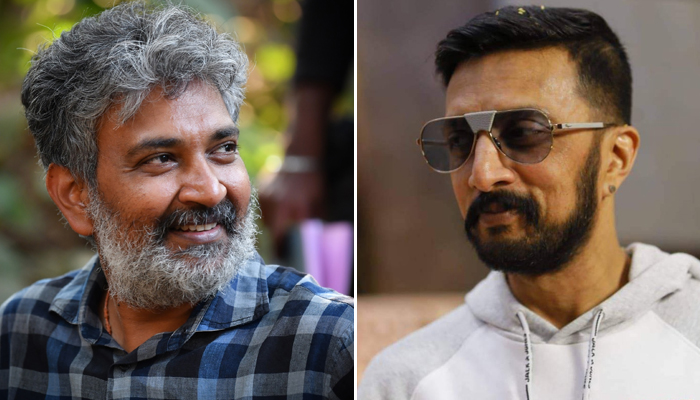 Taking to his social media, SS Rajamouli writes “Congratulations @KicchaSudeep on the success of Vikrant Rona. It takes guts and belief to invest on such a line. You did and it paid off. Preclimax, the heart of the film was superb. Couldn’t see that coming and it was too good.👏🏻👌🏻 Special mention to Guddy’s friend Bhaskar.🤩😂”

Meanwhile, the raging fever of the film has taken over the internet with fans pouring love from all across the quarters. Fans are overwhelmed by the magnetic 3D experience Vikrant Rona has to offer and are currently basking in its not trance.

Not only is the audience in love with the epic storyline the film has but are all enjoying the most awaited magic number from the playlist of Vikrant Rona – ‘Ra Ra Rakkamma’ starring Jacqueline Fernandez. The song is said to be one of the most heard and enjoyed songs post the release of the film.

‘Vikrant Rona’ has released worldwide in 3D on July 28th, starring Kichcha Sudeepa, directed by Anup Bhandari, also starring Jacqueline Fernandez, Nirup Bhandari, and Neetha Ashok is presented by Salman Khan Films, Zee Studios, and Kichcha Creatiions in North India produced by Jack Manjunath under his production Shalini Artss, and co-produced by Alankar Pandian of Invenio Origins the film. The film will be distributed in North India by PVR Pictures.