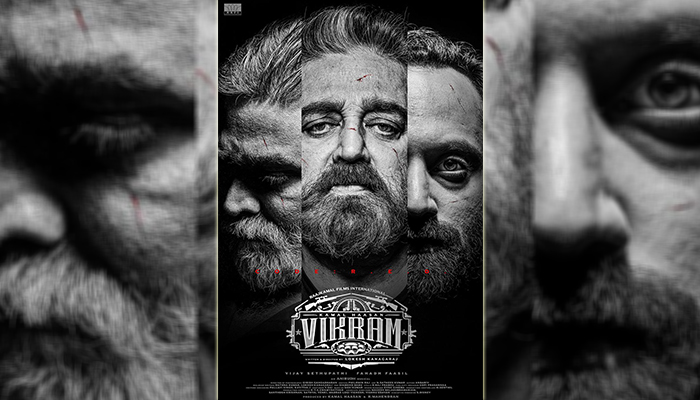 All three can be seen sporting intense looks on their faces made even more dramatic with the cuts on their faces. While the poster is monochrome, cuts on Kamal Haasan, Fahadh Faasil and Vijay Sethupathi’s faces are red in colour.

On Saturday, July 10, Sharing the first look poster, Kamal wrote, “Only valour should wear the crown” I dare again to render before you the best of our talents. Like before, grant us victory!! Vikram ….விக்ரம் #Arambichitom @RKFI @Dir_Lokesh @VijaySethuOffl #FahadFaasil @anirudhofficial.”

Kamal Haasan announced the film in November last year. He shared the title and the teaser of Vikram on his 66th birthday. “Happy to launch the title teaser of my film today; directed by Mr Lokesh Kanagraj. Enjoy,” he tweeted.

The film, which will have music by Anirudh Ravichander, is being produced by Raaj Kamal Films International (RKFI). Interestingly, Vikram was also the title of a 1986 action adventure-film directed by Rajasekhar, starring Kamal Haasan and Sathyaraj, among others.