The action saga ‘Vendhu Thanindhathu Kaadu’ by Gautham Vasudev Menon starring Silambarasan (STR) has released its Hindi trailer. One of the highlights of the trailer is the Hindi narration of a Tamil language film done by one of the best actors in our country – Mr. Manoj Bajpayee. Written by Jeyamohan, the film takes its core from a familiar cinematic trope – the triumph of the underdog, the rise of the human spirit above all odds. 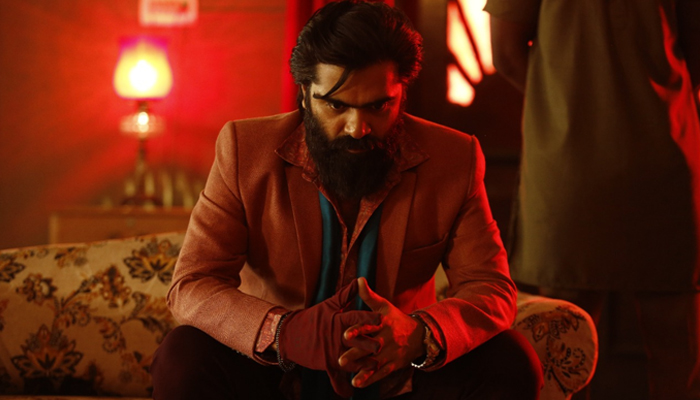 VTK is an absolutely raw, realistic, and hard-hitting action drama. The film boasts of a scintillating soundtrack by AR Rahman, and lyrics by Thamarai. The film marks the third collaboration of the actor, music director, and film director trio that has delivered memorable cinema in the past.

Speaking on the film’s trailer release for the Hindi audience, director Gautham Menon said, “We are supremely glad to have someone as discerning as Mr. Anil Thadani as our distributor. His keen eye for good content and suggestions have helped us take our Tamil film with subtitles to the Hindi belt. We are also super glad to have Manoj Bajpayee lend his craft, his voice-over for our trailer which works as an introduction of sorts to the world that Muthu (STR’s character) comes from and the world he gets to inhabit and later rule. Manoj Bajpayee talking for an action-packed gangster film is like our hat-tip to his Bhiku Mhatre (from RGV’s Sathya) character.”

Gautham also added, “the music of VTK is a key draw – AR Rahman performed LIVE at our audio launch and it is always a rewarding experience to work with him. I’m glad he trusts me with his music. We have redone the key title track which is the most popular song in Tamil to Hindi and will be released soon. The song will surely be an ear-worm in Hindi as it is in Tamil.”

Distributor Anil Thadani said, “Happy to release #VendhuThanindhathuKaadu in North India through AA Films and associate with Vels Film International, Silambarasan TR, Gautham Vasudev Menon, and AR Rahman. The film is a raw, real, and understated take on the journey of a boy into the underworld. It reminded me of Satya and Company. With South Indian film creating waves, am hoping Vendhu Thanindhathu will be well received here.”

Actor Simabarasan TR (Simbu) said, “It is always great to work with GVM and it’s a privilege to act in Rahman Sir’s music and together our combination becomes extra magical! Muthu will be a milestone character in my career. This role has demanded a lot from me and I’ve given it my all. Hope the audiences like our realistic take on a Gangster story.”

Producer Vels International Ishari Ganesh said, “Vels International is proud to produce this powerful film helmed by ace director Gautham Menon and our south superstar STR with the Mozart of Madras composing music, which has already topped the charts! We believe this film will set the path for us to make more content driven films and this film has all the elements in it that will make it a commercial blockbuster and satisfy audiences from across India and the world.”

In the present scenario of south films doing well across India and the world, VTK is one of the few, unique films to see a Pan-Indian release in its original language, Tamil. This is also because of the “rooted to its native culture” character played by Simbu in Part 1. The further parts will see a multiple language release as the character progresses from Tamil Nadu and settles in Mumbai.

Produced by Vels International Mr. Ishari Ganesh in its original language Tamil, the film is distributed in the Hindi belt by renowned producer and distributor Mr. Anil Thadani (AA Films). The film is all set for this unique pan-Indian Tamil release with subtitles in English. The film releases worldwide on September 15th, 2022. 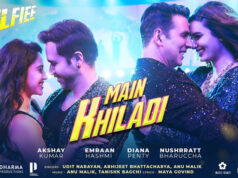