In a mark of respect to our Indian Air Force, actor Varun Tej Konidela changed his social media display images to a picture of the Light Combat Helicopter, a latest entrant to the fleet of the IAF. 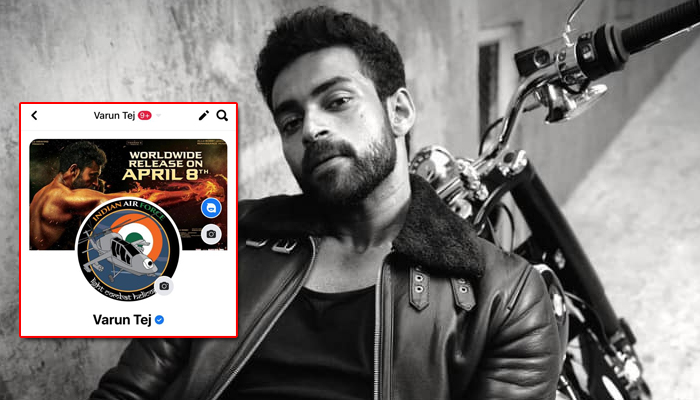 It was a part of the campaign under #AtmanirbharBharat wherein the official handles of the Indian Force stated that .”As the IAF’s offensive power adds more teeth to its bite, join us in welcoming the homegrown Light Combat Helicopter by changing your DP. Put your DP where your heart is! #AtmanirbharBharat”.

Varun is all geared up for his big Hindi film debut with VT 13 wherein he will essay the role of a Indian Air Force officer. Tej is known for his Versatile Roles and script selection in Telugu Cinema. He rose to fame with the masses due his blockbuster movie Gaddhalakonda Ganesh directed by Harish Shankar and several other hits like Tholi Prema, Fidaa, F2, F3 to name a few.

Based on true events, this untitled film is a patriotic, edge-of-the-seat entertainer, and will showcase the indomitable spirits of our heroes on the frontlines and the challenges they face as they fight one of the biggest, fiercest aerial attacks that India has ever seen.

Varun even started following the social media handles of the IAF on twitter and his initiative has helped the campaign go viral in no time!