Legendary actor Amrish Puri’s birth anniversary was on June 22nd, to mark the occasion his grandson Vardhan Puri who is a rising star shared some of his fondest memories of his grandfather. Amrish Puri was one the finest and most legendary actors we’ve ever had in this country. He was an exemplary actor and made his mark in Bollywood with roles in movies such as Dilwale Dulhania Le Jayenge, Karan Arjun and Nayak: The Real Hero. 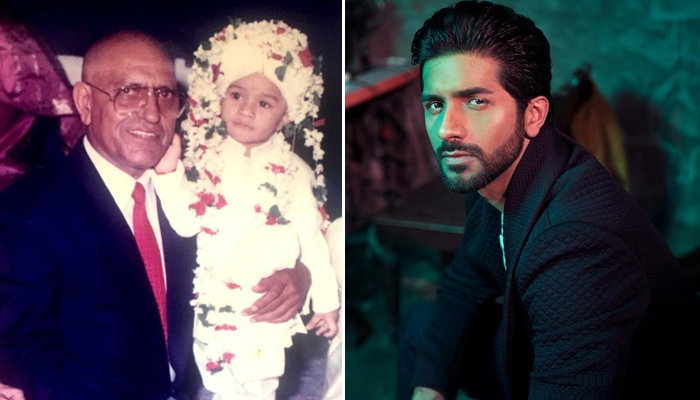 Most fans today will still remember him as Mogambo from Mr. India. Apart from being a commercially successful actor, he also gave wonderful performances in arthouse movies like Manthan, Nishant and Bhumika. Amrish ji achieved international fame with with a role in Steven Spielberg’s Indian Jones And The Temple Of Doom, where he essayed the role of Mola Ram.

Vardhan reminisces about his grandfather and tells us that being a good actor was just one of his many talents. “We were best friends before being anything else. When he was around, I did not need anybody else. He was so gentle with all the children. We used to bond over classic cinema, Discovery channel and cartoons. He really was a gentle giant and the most loving man I have ever come across,” Vardhan told IANS.

Vardhan further added, “He was kind, compassionate and so full of love for anyone and everyone. He had an amazing sense of humour, and women and children felt very secure in his company. We have never heard him raising his voice or getting angry like he would do in films. It is still so difficult for me to separate the grandfather from the actor and superstar that he still is. We all miss him terribly,”. Vardhan, like all of us, was in awe of his ease in mastering his craft.

Vardhan told IANS, “He had devised his technique and it worked so brilliantly for him. That is why he is the most versatile actor of all times,” said the youngster about Amrish, who had acted in Hollywood films such as “Gandhi” and “Indiana Jones and the Temple of Doom”.

When asked about his favourite Amrish Puri role , Vardhan is partial to Bade Raja Thakur of the 1997 film Virasat, “(It is) So believable, so real, so palpable, so emotionally correct, so dual and so magnetic. Every time I watch the film, I cannot help but cry.” Amrish Puri passed away on January 12 2005, at the age of 72.