One of the most popular, loved and entertaining personalities of Indian Entertainment industry, Maniesh Paul is touted as the entertainment extraordinaire for his witty, spontaneous, quirky and funny style. While his on-screen personality leaves us in splits everytime, the actor and host has offered an insight into the BTS fun with a short video. 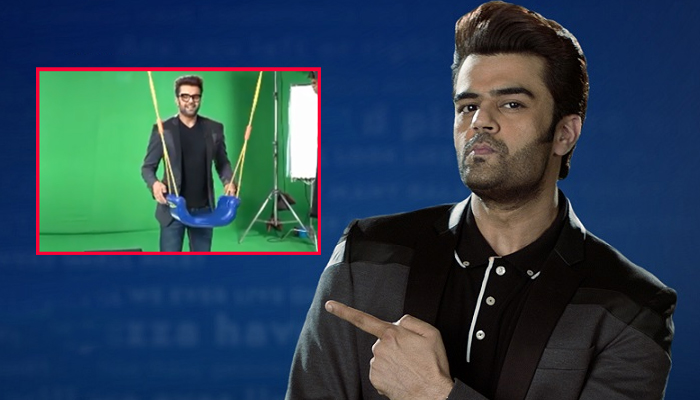 Collating glimpses of the behind the scenes from his varied shows and films, Maniesh Paul shared a video saying, “On screen fun toh hota hi hai but off is crazier hahahaha sharing some behind the scenes from the shows and films i do…keep watching and sending love🤗more coming soon on my youtube channel also …subscribe now (link in bio)🤗 #mp #host #life #blessed #masti #lovemyjob #teamlove”.

The ‘Sultan of the Stage’ is celebrated as one of the most hilarious celebrities owing to his his comic timing and excellent presence of mind. Recently, Maniesh also shared a BTS with Bharti Singh from the latest episode of his podcast, creating a laughter riot.

Acing different mediums and avenues of entertainment like films, television, internet and the stage, Maniesh Paul has scaled an inspirational journey from a VJ, RJ, actor, host, and singer.

Currently gearing up for his upcoming next Jug Jugg Jeeyo with Karan Johar’s Dharma Productions’, Maniesh Paul is also working on an interesting line up with a few unannounced projects.