Ahan Shetty starrer Tadap’s trailer was unveiled recently and people couldn’t stop showering it with love. The debut movie of Ahan pairs him with Tara Sutaria and the raw and intense trailer of the film had everyone invested in this story. Now, the makers have released the first track from the film and people can’t stop gushing over it. 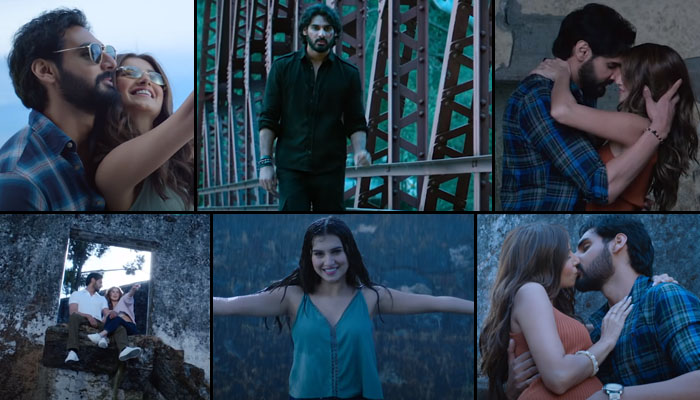 He posted a small clip of the song showing the stakes are high. One moment, he and Tara can be seen sharing a lovely kiss and having a nice moment and the next he is being dragged by someone and his bike is set on fire, perfectly setting up the fans for a moment of intrigue. He captioned his post as, “#TumseBhiZyada, song out now 🎵 Dil Se 🖤.”

Titled ‘Tumse Bhi Zyada’, the romantic song has vocals by Arijit Singh and lyrics by Irshad Kamil. The track has been composed by Pritam. Ahan took to his social media handle to share the song from his debut film.

Helmed by Milan Lutharia, Tadap marks Bollywood debut of Suniel Shetty’s son Ahan Shetty. The movie is the official Hindi remake of the 2018 Telugu film RX 100, which was directed by Ajay Bhupathi. The original film had starred Kartikeya Gummakonda and Payal Rajput in lead roles.