Raashii Khanna, the multilingual star who is ruling the Telugu industry with her back to back blockbusters is currently getting showered with a lot of love for her latest release Thiruchitrambalam along with Dhanush. 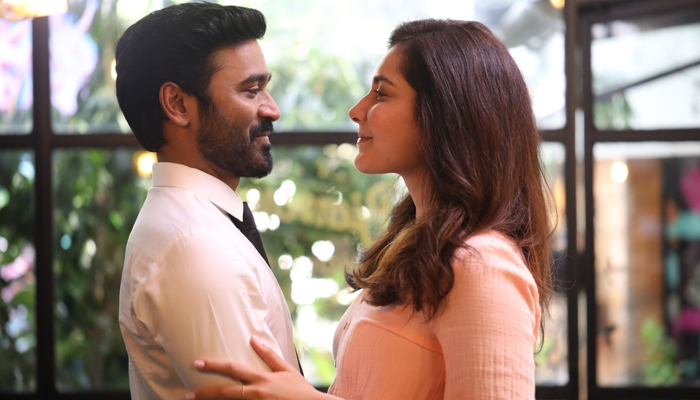 The actress has won over the audiences’ hearts by giving versatile performances with several releases this year. Raashii Khanna makes sure to thank her fans for their unconditional support and love through her heartfelt gratitude notes.

With the success of Thiruchitrambalam, Raashii took it to her Instagram account to thank her fans for their love on the film. Sharing an adorable still from the film along with Dhanush, the actress wrote, “Seen our film #thiruchitrambalam yet!? For those who have seen it and showered so much love,  thankyou ♥️  Grateful 😇 For those who haven’t, watch it, it’s heartwarming, I promise! ♥️.”

Well, there is no need of words when the picture can speak a thousand emotions. The still from the film is as heartwarming as the note of Raashii Khanna. The fans are also in “awe” of this on screen pairing and are loving the chemistry between them. Raashii Khanna has always had a great chemistry with her co stars on screen, form Naga Chaitanya to Dhanush and the fans have always applauded and loved them on screen.

Raashii who has been travelling in a non stop vehicle of delivering back to back super hits, will soon be making a bang on entry in Bollywood with Dharma Production’s Yodha alongside Siddharth Malhotra. The actress also has Farzi with Shahid Kapoor amongst a few other announced B town projects.