After an average opening weekend, last Friday released The Sky Is Pink has completed a week on an overall low note despite getting mostly positive reviews from the critics as well audience. While the previous releases have registered higher numbers at the box office. 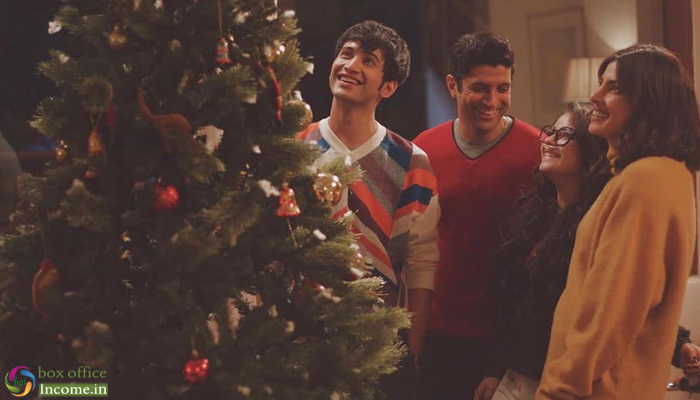 Starring Priyanka Chopra Jonas, Farhan Akhtar, Zaira Wasim and Rohit Suresh Saraf, the Hindi biographical drama has got succeed to convince the critics but doesn’t attract the major audience, which is the main reason behind its failure at the box office.

Directed by Shonali Bose, The Sky Is Pink was released amid normal buzz due to lack of promotions and took a dull start. Over the weekend, the film recorded an average but insufficient growth and raked the business of 10.70 crores which included 2.50 crores on Friday, 4 crores on Saturday & 4.20 crores on Sunday.

On weekdays due to normal working days, RSVP Movies’ presentation recorded regular drops in footfalls and minted the amount of 1.40 crores on Monday, 1.22 crores on Tuesday & 1 crores on Wednesday. On the next day i.e. Wednesday, it managed to collect 0.80 crores and raised one week total collection to 15.12 crores nett at the domestic box office.

One now waits to see what do Priyanka Chopra and Farhan Akhtar sign up next. While Farhan already has a massy Toofan coming up next with Rakeysh Omprakash Mehra, Priyanka Chopra is too good an actress to be not doing more mainstream commercial Bollywood films.