Actor and host Maniesh Paul recently launched his podcast wherein he interacted with various guests virtually, every episode. Now as the actor takes his podcast to the studio, he announced the same in a fun transition reel. 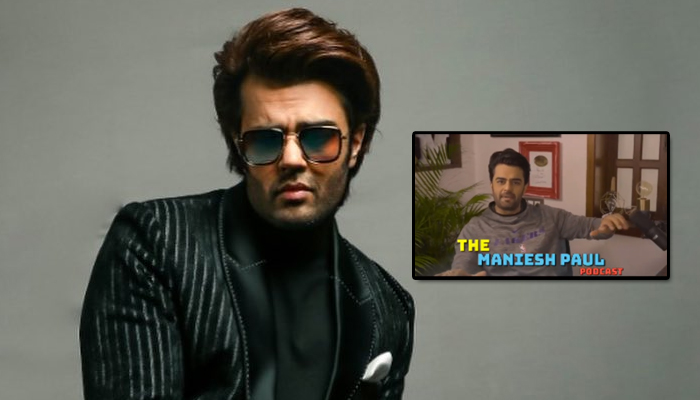 Maniesh Paul shared the video saying, “FINALLY!!!in the studio….thanks for all the love to #themanieshpaulpodcast Some amazing people with amazing stories are all set to meet you…subscribe to my youtube channel now (link in bio) #mp #show #love #stories #journey #life #blessed #gratitude #gharsestudiokasafar”.

One of the most loved and popular hosts in India, Maniesh Paul is known for his colloquial skills, banking on the same, the actor launched his podcast earlier this year presenting conversations with varied people from different sectors of the society.

Having started in the lockdown, the podcast explored the various facades of the pandemic by engaging in conversations with doctor, social activist, hypnotherapist as well as influencers, in an attempt to spread awareness and information on the different avenues related to Covid-19 and its after effects.

As the podcast moves to studio, Maniesh Paul promises to bring more interesting conversations piquing interest about his upcoming guestlist.

Being a true entertainer, Maniesh Paul has carved his imprints across the diverse mediums, from a VJ, RJ to being crowned as the ‘Sultan of the Stage’ with innumerable livbe shows and long list of television reality shows to his credit.

Creating ripples on the silver screen as well with intriguing performances, Maniesh Paul is touted as the ‘Entertainment Extraordinaire’ and is currently gearing up for the release of his upcoming film ‘Jug Jugg Jeeyo’ under the banner of Dharma Productions.