Sonal Chauhan who is a part of the highly anticipated movie, The Ghost opposite Nagarjuna, fractured her foot while training for an action scene of the movie. The movie has been grabbing eyeballs since its announcement and is one of the much awaited films of recent times. 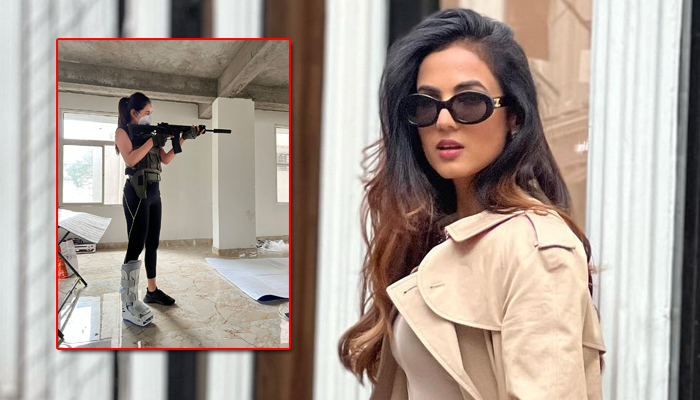 Recently, while training for an action sequence, Sonal hurt herself and had to be taken to the hospital right away.

The actress fractured her foot during her MMA training and she was told to avoid any training/ action scenes for the next six weeks. The dedicated actor persisted despite the difficulties since Sonal knew she didn’t have the luxury of time, and she also succeeded.

She resumed her training and completed her shoot for the action scenes and left everyone impressed on the set with her dedication and professionalism. Interestingly, Sonal also took training for weapons for this film since she plays and Interpol officer.

Sonal Chauhan emerges as one of the female artists who has put her sweat and blood into her work, literally. She has molded herself into this interesting character for The Ghost and undoubtedly it can be said that she is one of those fine actors who fervently chases the depth of her character and essays her role with much preparation.