Ajay Devgn, Saif Ali Khan and Kajol’s new film Tanhaji: The Unsung Warrior is ruling the box office and how. The film, which opened in theatres on Friday, ‘stays super-strong’ on its fourth day. While on the other hand, biographical drama Chhapaak has passed Monday Test but not with good numbers. 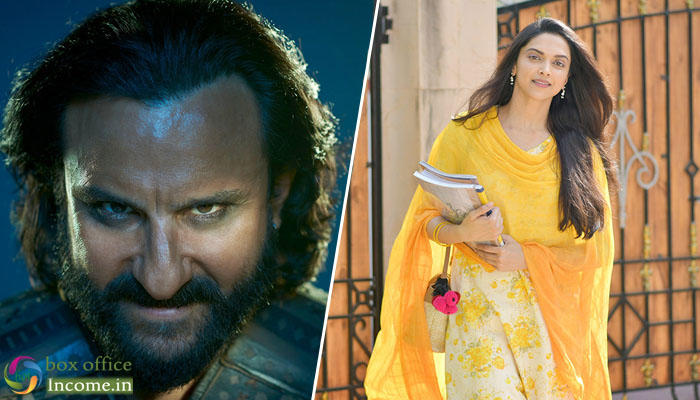 Directed by Om Raut, Tanhaji: The Unsung Warrior has expectedly got succeed to entertain many in theatres and gathered a good word of mouth. As a result, it took an excellent start on Friday and did the business of 15.10 crores at the domestic box office.

Over the weekend, T-Series Films & Ajay Devgn Films’ production showed healthy growth and minted 20.57 crores on Saturday & 26.26 crores on Sunday. On the next day i.e. Monday, after a drop of 9% vis-a-vis Friday and minted 13.75 crores. With this, its 4 days total collection has become 75.68 crores nett from 3880 screens.

In parallel, Meghna Gulza’s directorial Chhapaak has also got succeed to impress many critics with its story-line backed the strong performances of lead actors- Deepika Padukone and Vikrant Massy. But still, it took an ordinary start on Friday and had bagged the amount of 4.77 crores.

Over the weekend, it showed an upward trend and minted 6.90 crores on Saturday & 7.35 crores on Sunday. Now the film has entered on weekdays and managed to collect 2.35 crores on Monday after a drop of 50.75% vis-a-via Friday. This has raised its 4 days total collection to 21.37 crores nett from 1700 screens.